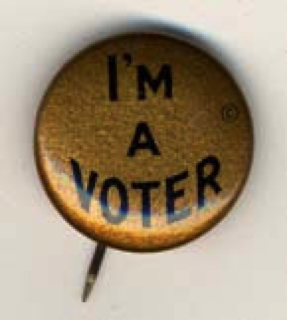 August is a banner month in the nation’s voting history. On August 18, 1920, Congress ratified the 19th Amendment to the Constitution, making women’s suffrage national law. Forty-five years later, on August 6, 1965,President Lyndon B. Johnson signed into law the Voting Rights Act, protecting suffrage rights for women and men of racial minorities. And in 1973, Congress designated August 26th of each year as Women’s Equality Day, commemorating the nationwide Women’s Strike for Equality that took place on that day in 1970—the fiftieth anniversary of women’s suffrage.

The year 2020 will mark the 100th anniversary of the 19th Amendment.While people across the nation are preparing to commemorate this approaching centennial, few Americans—including Utahns—realize that 2020 also marks the 150th anniversary of another turning point in both U.S. and Utah history.

On February 14, 1870, Utah women were the first to vote in the modern nation.  Though Wyoming was the first to grant women’s suffrage, preceding Utah by eight weeks, Utah’s next election was held before Wyoming’s, which made Utah women the first to cast ballots.