Emmeline B. Wells: A Leading Suffragist In Utah And The Nation

Emmeline B. Wells: A Leading Suffragist In Utah And The Nation 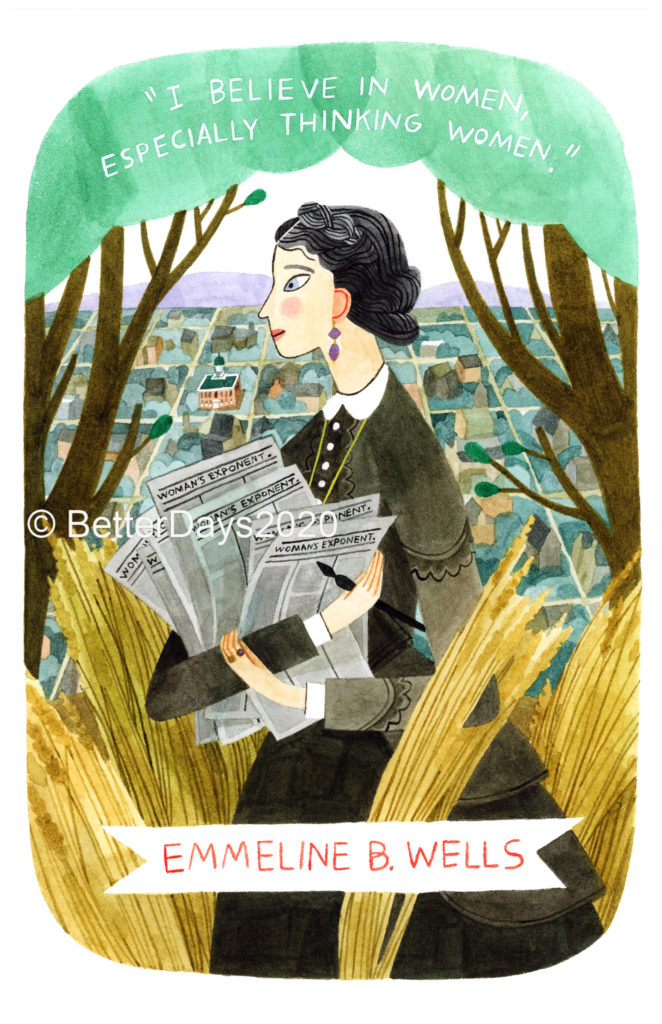 After receiving the franchise in 1870, Utah women enthusiastically voted and worked alongside Eastern leaders in advocating for national women’s suffrage. Thrilled at the enfranchisement of Utah women, the president and vice president of the National Woman Suffrage Association, Elizabeth Cady Stanton and Susan B. Anthony, stopped in Salt Lake City to congratulate the people of the territory.

No Utahn fought more for the suffrage cause than Emmeline B. Wells. An early advocate of women’s rights, from 1877 to 1914 Wells was editor of the Woman’s Exponent, a twice-monthly periodical produced by Mormon women. Besides reporting news of the Relief Society (the LDS Church’s women’s organization), the Exponent championed women’s economic, educational, and suffrage rights. Later serving as Relief Society General President from 1910 until her death in 1921, Wells described the Relief Society as “a charitable and philanthropic body which stood for reform and progress in all directions.” 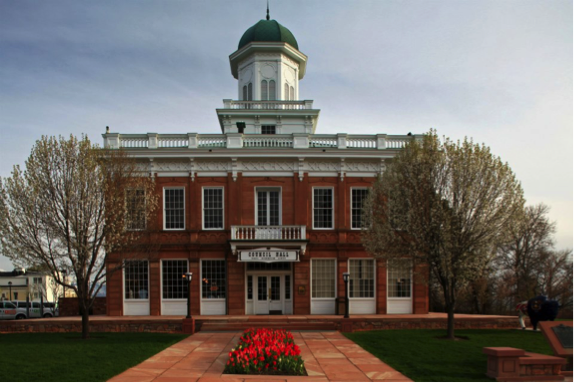 “Council Hall,” where the Utah Territorial Legislature voted to grant women’s suffrage on February 12, 1870. The building stood at First South and 120 East in Salt Lake City from 1866-1961 until it was moved to Capitol Hill, where it stands today.

After Utah women sent long petitions to Washington D.C. demanding a Constitutional amendment granting national women’s suffrage, Stanton and Anthony invited Wells to represent Utah at their 1879 National Woman’s Suffrage Association convention in Washington. There Wells addressed the convention and joined others in speaking before Congressional committees and President and First Lady Rutherford B. and Lucy Hayes. 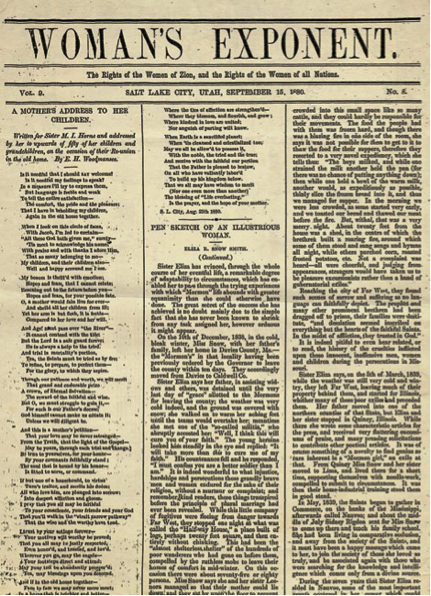 “This was a valuable experience,” Wells wrote, for although Utah women had the voting rights that most American women did not, “there was much to learn from the great leaders who had been laboring in the cause of women’s enfranchisement for more than thirty years.” Wells maintained lifelong friendships with Anthony, Stanton, and other national suffrage leaders, representing Utah in the National Woman Suffrage Association and the National and International Councils of Women for the nearly three decades.

In spite of Wells’ and others’ efforts, Utah women lost their voting rights. In March 1887, Congress disfranchised Mormon men in Utah and all Utah women through the Edmunds-Tucker Act. Congress passed the act in an effort to end the Mormon practice of polygamy in Utah and any political support for it. Outraged after losing the voting franchise they had exercised for seventeen years, Wells and other suffragists battled to regain the ballot.