Winning Back the Vote: Ruth May Fox

Winning Back the Vote: Ruth May Fox

Congress Took Away Utah Women’s Voting Rights in 1887. But Utah Suffragists Like Ruth May Fox Won Them Back. 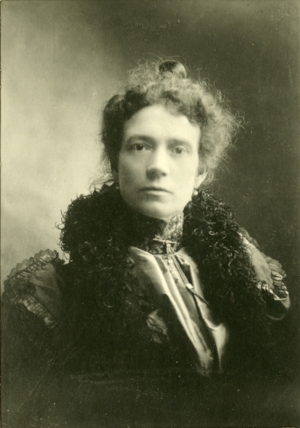 In February 1870, Utah women became the first to vote in the modern nation.  For the next seventeen years they cast their ballots in high numbers and, working alongside national suffrage leaders, fought for women’s suffrage throughout the United States.

But Utah women soon lost their voting rights. In March 1887, Congress passed the Edmunds-Tucker Act in an effort to end the Mormon practice of polygamy and any political support for it. The act rescinded suffrage for all Utah women, regardless of their religious affiliation. Outraged after losing the franchise, suffragists Emmeline B. Wells, Emily S. Richards, Martha Hughes Cannon and many others battled to win back the ballot. In January 1889 they organized the Territorial Woman Suffrage Association of Utah, with branches throughout the territory.

In 1890, after the LDS Church announced it would end the practice of polygamy, Congress opened the door for Utah Territory to apply for statehood. Susan B. Anthony of the National Women’s Suffrage Association urged Utah suffragists to ensure that a clause granting women’s suffrage and right to hold office was included in the proposed state constitution. 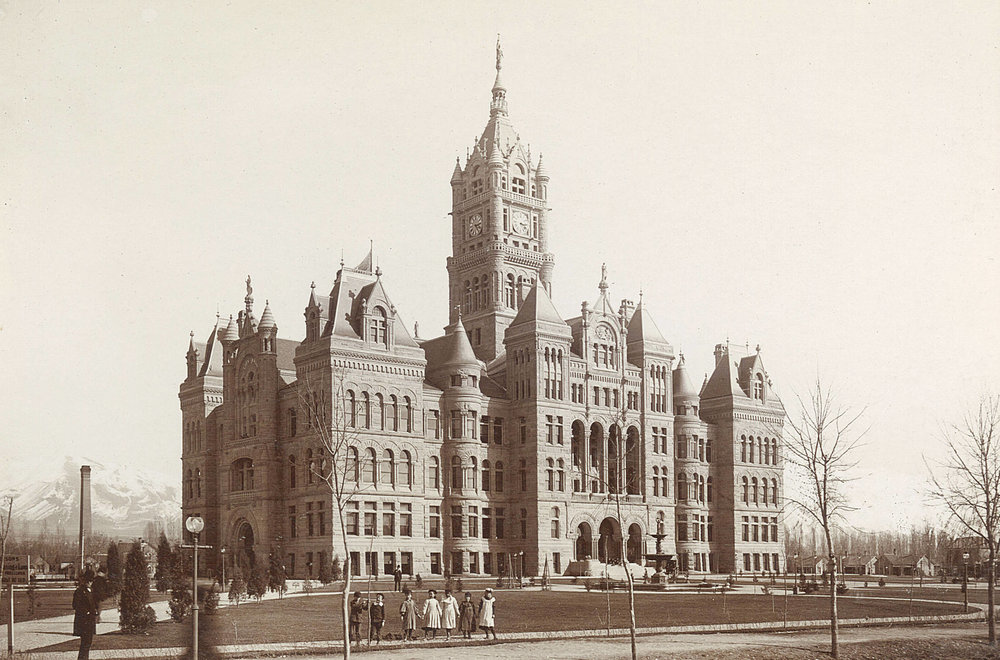 The Salt Lake City and County Building, circa 1894

On March 28, 1895, a protégée of Emmeline Wells named Ruth May Fox attended the territorial debate over women’s suffrage, held in Salt Lake City’s newly constructed City and County Building. After hearing delegate B. H. Roberts’s oratory against women’s suffrage, Fox wrote that“his only argument was that he thought it would defer statehood,”and felt it a shame that Roberts did not employ his eloquence “in a better cause.”As the debate went on over the next few days, Fox circulated and presented petitions demanding the inclusion of women’s suffrage.  “Stronger than my political convictions,” Fox wrote, “was my belief in the political rights of women.”[1]She kept up the fight until the women’s rights clause was included in Utah’s Constitution on November 5, 1895; Congress ratified it; President Grover Cleveland approved it; and Utah became the third state in the Union (after Wyoming and Colorado) to grant women the vote.

The clause, which still exists in its original form in today’s Constitution, states that“the rights of citizens of the State of Utah to vote and hold office shall not be denied or abridged on account of sex. Both male and female citizens of this state shall enjoy equally all civil, political and religious rights and privileges.”

Ruth May Fox raised twelve children and served as the third General President of the Young Women’s program of the LDS Church. When she died in 1958, the fact that she had reached the age of 104 seemed the most noteworthy thing about her to the newspapers of the day, her contributions to suffrage largely forgotten. As 2020 approaches, we remember and celebrate the efforts of Fox and other suffragists’s efforts to secure women’s political rights in Utah.