Zitkála-Šá And The Struggle For Minority Voting Rights

Zitkála-Šá And The Struggle For Minority Voting Rights 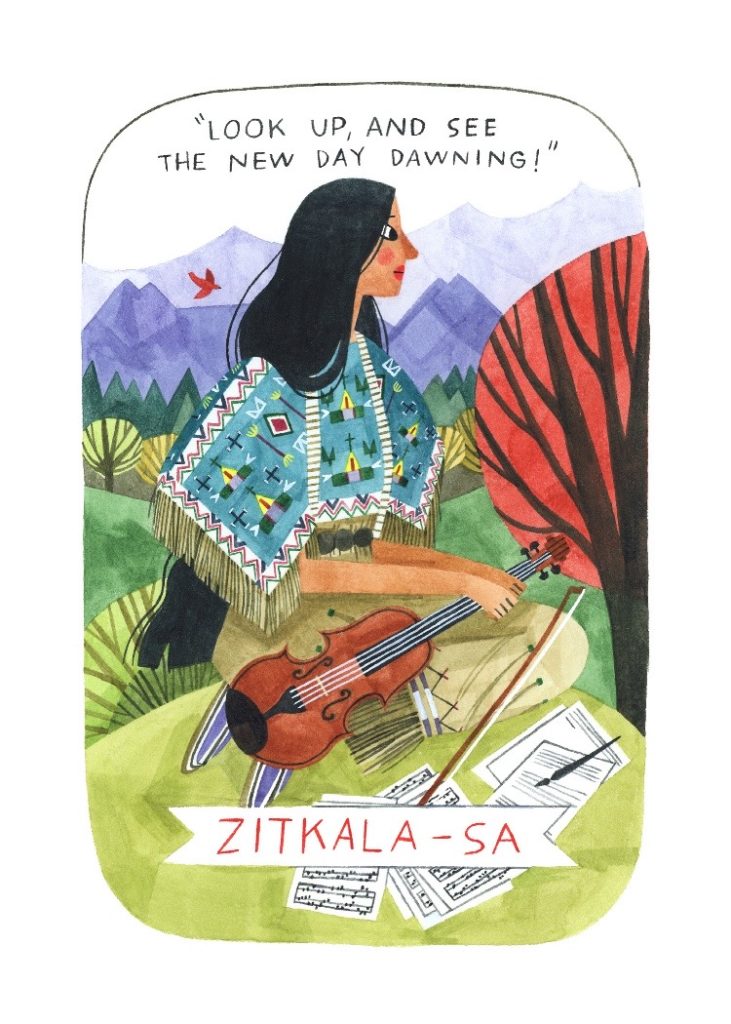 Ratified in 1920, the 19th Amendment to the Constitution states, “The right of citizens of the United States to vote shall not be denied or abridged by the United States or by any State on account of sex. Congress shall have power to enforce this article by appropriate legislation.”

A short statement, but it took a seventy-two-year women’s rights movement to achieve its ratification. The words were simple, but they changed the world for American women.

Or most of them, anyways. In spite of the 19th Amendment, women of minority groups had to continue the fight to secure their voting rights.

Though the 14th Amendment had earlier defined “citizens” as any person born in the United States, the amendment was interpreted to restrict the citizenship rights (including the right to vote) of American Indians. Legal barriers enacted in numerous states effectively made it impossible for African Americans to vote. And many Asian immigrants to the United States were legally prohibited from citizenship simply because of their countries of origin. 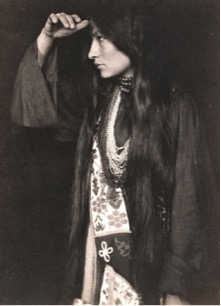 These minority groups secured their citizenship and voting rights through the Indian Citizenship Act of 1924 (which granted full citizenship to most indigenous people of the U.S.), the McCarran–Walter Act of 1952 (which permitted Asian immigrants to become naturalized citizens), and the Voting Rights Act of 1965 (which illegalized barriers at state and local levels that prevented African Americans from exercising their suffrage rights).

One leading advocate for Native people’s civil rights was Zitkála-Šá, a Dakota woman who spent much of her adult life in Utah. Dividing her growing-up years between South Dakota’s Yankton Indian Reservation and a boarding school for Indian children in Wabash, Indiana, Zitkála-Šá learned to navigate two worlds. She described both the misery of the boarding school’s attempts to erase her Native heritage, and her contrasting joy in learning to read, write, and play the piano and violin.

Zitkála-Šá aspired to become more than a housekeeper, as the school anticipated its female students would do. She became a music teacher at the school. In 1895, she received her diploma and gave her first and highly-praised speech on women’s inequality.

Although higher education for women was limited at that time, Zitkála-Šá attended Earlham College in Richmond, Indiana, where she received a scholarship and continued to prove her oratorical skills. She also began to her years-long pursuit of recording Native American oral histories and translating them into English. 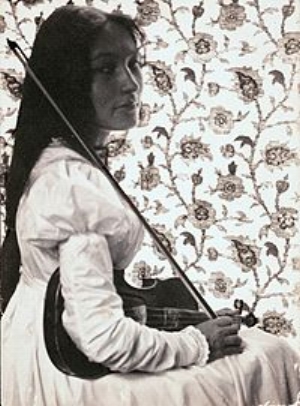 In 1902 she married Captain Raymond Bonnin, who had one-quarter Yankton Dakota ancestry. The newlyweds soon moved to Utah, where Captain Bonnin was assigned to the Uintah and Ouray Reservation. The couple worked and lived among the Ute people for the next fourteen years.

In Utah, Zitkála-Šá met William F. Hanson, a composer and music professor at Brigham Young University. Together they composed The Sun Dance Opera. Zitkala-Sa wrote the songs and libretto based on Sioux ritual. She also played Sioux melodies on the violin, which Hanson used as the basis of his music composition. In 1913 the opera, featuring members of the Ute Nation, premiered at the Orpheus Hall in Vernal, Utah, to critical acclaim.

Also during her time in Utah, Zitkála-Šá joined the Society of American Indians. Through her prolific writings, she called for preservation of the Native way of life while lobbying for their right to full American citizenship.

In 1916, the couple and their young son moved to Washington D.C., where Zitkála-Šá began lecturing to promote the cultural and tribal identity of Native Americans. She promoted a pan-Indian movement to unite all of America’s tribes in the cause of lobbying for citizenship rights, leading to the passage of the 1924 Indian Citizenship Act.

Zitkála-Šá was also active in the women’s rights movement. In 1921 she joined the General Federation of Women’s Clubs, a grassroots organization dedicated to diversity and to maintaining a public voice for women’s concerns.

In 1926, Zitkála-Šá and her husband co-founded the National Council of American Indians, which continued to lobby for Native suffrage rights. She served as the council’s president, public speaker, and major fundraiser, until her death in 1938.