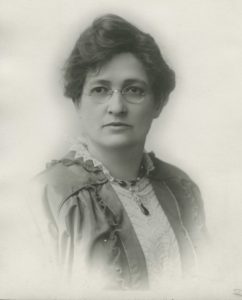 Here in Utah, the news can sometimes be as dismal as a gray January day, the inversion is at its worst. From poverty to education to the gender pay gap, we’re often inundated with articles about the serious challenges facing our society. It can be enough to make the average Utahn want to throw in the towel, insisting that the problem is too big! Instead of giving up on making our state better for future generations, we should instead look to the life of Amy Brown Lyman, a Utahn who devoted much of her life to building institutions and systems that would serve people for generations. Despite difficult setbacks, she constantly strove to find common ground with those who saw issues differently, and she collaborated with them to accomplish her goals. She had a vision of what she wanted Utah to become and pushed forward with determination, making life better for average citizens as she did. Here are just a few of her many accomplishments:

As we face today’s challenges in Utah, it’s helpful to keep in mind the many people who have gone before us and faced their own challenges with courage and determination. Amy Brown Lyman had many opportunities to become frustrated, argue over differences, and give up on collaboration. Instead, she pushed forward with enthusiasm, determination, and devotion to the people of Utah. We can all do the same.

Sarah Hancock Jones is an English and reading teacher to some excellent junior high students. She’s passionate about teaching literature, swimming in Utah’s gorgeous lakes and reservoirs, and searching for the most delicious pizza joint.