Who Gained the Right to Vote When?

Here at Better Days 2020, we want to make sure all Utahns know that Utah women were the first American women to vote under an equal suffrage law. That historic vote happened on February 14, 1870–a full 50 years before most women in the U.S. were allowed to cast ballots! We get a lot of questions about when different people gained voting rights, so we’ve tried to answer some of them here.

The history of voting rights in America has been full of twists and turns. Although many laws have been passed in our country’s 250-year history that expanded voting rights to greater numbers of people, there have also been laws passed at various times to exclude people from the ballot box due to their gender, race, or national origin. 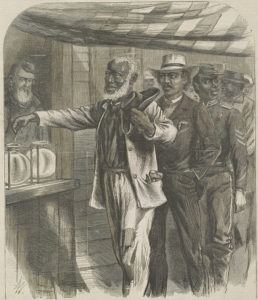 In the early days of the United States, states largely followed English custom by making laws that only property-holding, taxpaying men could vote. During the early 1800s, individual states began to eliminate the property requirements for voting. But the new laws generally stated that suffrage rights were limited to “free white males.”

After the Civil War and the end of slavery, the 14th Amendment granted citizenship to “all persons born or naturalized in the United States,” including those who had formerly been enslaved. However, the Amendment didn’t say anything about the right of suffrage.

The 15th Amendment, ratified on February 3, 1870, declared that the right to vote could not be denied based on “race, color, or previous condition of servitude.” Still, even though black men now technically had the right to vote, state laws and regulations such as poll taxes, literacy tests, and “white-only” primaries, along with voter intimidation and violence, kept many black men from actually casting ballots. 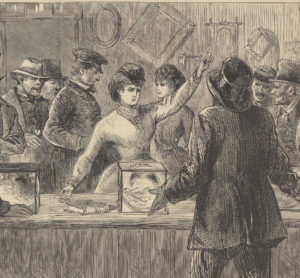 In 1870, there were also still legal barriers that prevented women from voting in all U.S. states and territories except Wyoming and Utah. Although female suffragists in many parts of the country attempted to cast ballots, the Supreme Court struck down their arguments that American citizenship automatically guaranteed the right to vote. Many suffragists were disappointed that the 15th Amendment hadn’t prohibited sex-based restrictions on voting, and the suffrage movement split over the question of how to move forward. For the next 50 years, various organizations worked to secure voting rights for women in different ways.

When the 19th Amendment was ratified in 1920, many suffragists celebrated the achievement of their goal–women could not be kept from the ballot box simply because they were women. But for many people of color, both women and men, the struggle for voting rights continued beyond 1920. Although the 19th Amendment prohibited sex-based voting restrictions, discriminatory national citizenship laws, as well as restrictions imposed by individual states, prevented many people from casting ballots and having their voices heard in government.

Native Americans and many Asian immigrants were not eligible to become citizens in 1870 or 1896 or even 1920, meaning they could not legally vote. And legal barriers enacted in many states effectively made it impossible for African Americans to vote. Despite the inequalities they faced, many women and men in these marginalized communities persevered in the struggle for equal voting rights. 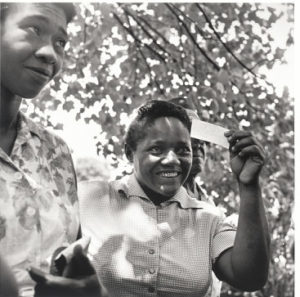 We’ve featured some of these advocates in our illustrations by Brooke Smart. Zitkála-Šá lobbied for the Indian Citizenship Act of 1924 that granted U.S. citizenship to native Americans. Still, many states, including Utah, made laws and policies which prohibited native Americans from voting, claiming that American Indians living on reservations were residents of their own nations and thus non-residents of the states. Utah lifted this restriction in 1957 (the last state, New Mexico, did so in 1962), but difficulties still remain.

Alice Kasai lobbied for the Immigration and Nationality Act of 1952, which finally allowed immigrants of Asian descent, such as her husband Henry, to apply for U.S. citizenship. And thousands of women and men in the NAACP worked to pass the landmark Voting Rights Act of 1965 which protected suffrage rights for women and men of color (although there is still work to be done on that front). These suffragists and civil rights advocates deserve better recognition. Follow along with us this year as we share their stories!

You can find a pretty comprehensive timeline of voting rights in the United States here, and read more about the history of Utah women’s suffrage here.