My Time as an Intern with Better Days 2020

I’ve been working with Better Days 2020 for about eight months now, and I can confidently say I’ve been overwhelmed with the wealth of information that exists about women in Utah history. Had you asked me what I expected out of this internship in August, you would have heard me floundering about what I even knew about Utah history, let alone Utah women’s history, from my sixteen years of high school and college education. Now if you were to ask me what I’ve learned, you would hear me floundering to even put into words the astonishing (to me, at least) information I’ve found over the past few months. Working with Better Days 2020, I’ve learned invaluable information about what a diverse population of Utah women have attempted, done, and are doing for the people of Utah. 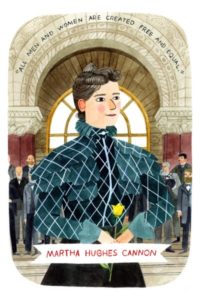 Admittedly, when I realized I had an interview with Katherine, the Historical Director of Better Days, I panicked and immediately visited the website to make sure I knew enough about the organization to go into my interview. I went to the interview expecting to be quizzed about my knowledge of Emmeline B. Wells, Jennie Froiseth, Martha Hughes Cannon, or any of the other women featured on their site. Instead I was met with Katherine and Naomi (Director of Education for Better Days 2020), who understood that I didn’t know this information, because I didn’t know it existed. That’s when I fully understood the mission and goals of Better Days 2020, to educate other people like me and help Utahns see that Utah women’s history is rich and diverse. So I got the internship and started on a challenging but fulfilling journey of helping further that mission.

I’ve learned that even in the smallest communities, women were determined and dedicated to the cause of women’s enfranchisement all over the state. In almost every county throughout the state, there was at least one organization or group of women who worked tirelessly towards the goal of suffrage for women in Utah. Some women had differing opinions on how to secure that right, and when it was appropriate to get it. Women activists who belonged to the Utah Anti-Polygamy Society even worked against suffragists to secure the end to polygamy before women’s enfranchisement. However, once that argument was resolved, they worked together on their mutual goal of voting rights for women. Even after 1895, when Utah’s constitution gave women the vote, the women of Utah kept working for their fellow women all over the United States. 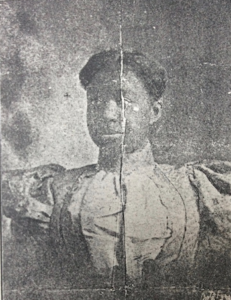 I learned that Utah women travelled all over the country to promote women’s rights throughout the nation, and many other women had surprising ties to Utah. I learned about Utah artists like Anna Campbell Bliss who pioneered women’s work in graphic design and contemporary art. And native Taos artist Pop Chalee who born in Utah and who used her native heritage to influence her art. I learned about Elizabeth Taylor and Alberta Henry, two black activists who lived in entirely different generations but utilized their education and strong leadership to advocate for others in their disadvantaged communities. Even during times of complete strife for Japanese people during WWII, Kuniko Terasawa persisted in publishing her Japanese-American newspaper, The Utah Nippo, to keep her community informed and involved. I learned about Reva Beck Bosone who became Utah’s first woman judge in 1936 and the first Utah woman member of congress in 1948, regardless of people’s doubts about her abilities because of her gender. 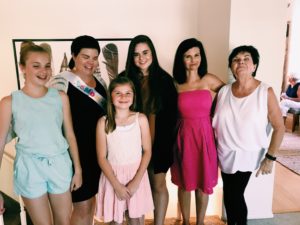 All of the girls (including me) on my mom’s side of the family.

It’s impossible to share everything I’ve learned and gained from this experience and the wonderful organization that I have been honored to be a part of. Every single one of the women I’ve learned about has made me even prouder to be a Utah woman. Their legacy can inspire people throughout the state, and all over the country, to get involved and seek change and improvement wherever possible. I’ve gained a significant sense of community and where I belong within the history of my home, Utah.