Meet the Women Who Led Utah in Ratifying the 19th Amendment

Utah ratified the 19th Amendment 100 years ago today, on October 3, 1919. Unlike women elsewhere, Utah women had already been voting for 40 years, and in fact, four female lawmakers led the way for Utah to ratify the amendment extending women’s voting rights across the country. They were state senator Elizabeth Hayward and representatives Anna T. Piercey, Dr. Grace Stratton Airey, and Delora W. Blakely.

After literally decades of debate, Congress finally passed the 19th Amendment in the early summer of 1919. 36 states needed to ratify the Amendment for it to become national law. Utah women had already been voting for a total of 40 years, and suffragists here had worked for a national suffrage amendment for years–raising funds, gathering petitions, testifying to Congress, marching in parades, and even picketing the White House. They were determined to make the Amendment a reality and pressured Utah’s governor to call a special session of the state legislature to ratify the Amendment. 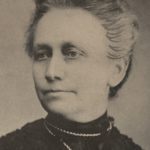 As Utah lawmakers gathered for the special session at the end of September, everyone knew who would introduce the joint resolution to ratify the 19th Amendment: state senator Elizabeth Hayward. Senator Hayward had first been elected to the legislature in 1914, and she had focused on improving women’s and children’s working conditions and wages. On September 29, her resolution to ratify the 19th Amendment passed the state senate unanimously.

The Utah House of Representatives took up the matter the next day. Speaker of the House John E. Heppler requested that state representative Anna T. Piercey chair the session to ratify the suffrage Amendment–likely due to the influence of his mother, Lucy Heppler, a long-time Sevier County suffrage leader. Representative Piercey was a widow and a wage earner who, like Senator Hayward, had championed the rights of working women as a legislator. Under her leadership, the House also voted unanimously to ratify the Amendment.

Two other female legislators gave speeches in the House in support of the 19th Amendment: Dr. Grace Stratton Airey and Delora W. Blakely. Both women were persistent champions for women’s educational, professional, and political opportunities. Dr. Airey chaired the Committee on Public Health and had been a delegate to a national suffrage convention. Representative Blakely was an educator who supported widowed mothers and immigrants through legislation and women’s charitable organizations. 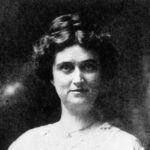 You can learn more about these legislators, who all represented Salt Lake County, here. To find out more about women from your own community who paved the way for suffrage, check out our local history pages for each Utah county here. And finally, click here to check out our biographies of Utah women’s advocates who continued to work for all Americans’ voting rights even after the 19th Amendment became law.