On February 22, 1897, when Nannie Cordell, Mary Hayt, and Jeanette Ferry decided to form the Woman’s Athenaeum Club in the small mining town of Park City, one can assume they didn’t consider the long-reaching effects this club would have on the lives of the Park City community for more than a century to come. The organization was then enrolled in the General Federation of Women’s Clubs (GFWC). GFWC was established in New York in 1890 by Jane Cunningham Croly (aka, Jennie June) and is the largest non-denominational and non-partisan women’s club in the world.

Women in the Woman’s Athenaeum were dedicated to educating themselves and contributing to issues important to their Park City community. The early clubwomen recognized the need for a library in this remote area. In 1917 the women began the Park City library in the basement of the Congregational Church. The women worked tirelessly to set up the library and keep it open. By 1919, the library had outgrown the church location and was moved into what is now the Park City Museum. Their successful beginning contributed to today’s beautiful, full-service library. 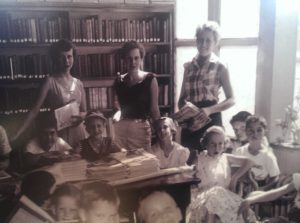 In August of 1955 the library project was largely complete, and the clubwomen turned their attention to establishing a museum. They bought a building on Main Street and began collecting artifacts from the town’s “old timers”. Unable to fulfill their goal of getting the museum at that time, but not giving up hope, Connie Andrus and Bea Kummer again went to the city council in 1969 and pleaded for a museum. The council agreed, but it was 1984 before the museum finally opened.

Women in the Woman’s Athenaeum Club contributed much to the Park City community over the years, such as: putting in a city garbage disposal system, replacing the cup and pail system with a drinking fountain in the schools, getting continual towels replaced in the schools, Nan McPolin providing seeds and gardening instructions to 4th graders, and bringing the 1st annual Athenaeum Club writing contest to elementary through high school students. They also helped to sponsor the Mountain Mentors, hosted ‘meet the candidates’, and organized a career night for high school students. 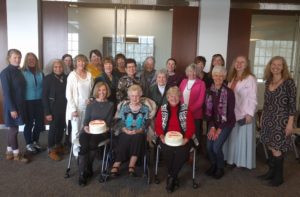 The club on its 122nd anniversary in 2019. Courtesy of Lynette McAferty.

In 2017 the club’s name was changed to GFWC Park City Athenaeum Club to reflect the bond with GFWC and the Park City community. Following in the footsteps of the founding members, today’s clubwomen contribute to community projects, such as hosting the Park City High School Girl Graduate Tea (since 1942), sending selected sophomores to the Hugh O’Brian Youth Leadership Conference (HOBY), buying books and reading with 1st graders in their schools, and actively supporting the Peace House center for abused women. Today’s women take great pride in volunteering throughout the community wherever they are needed.

Today’s GFWC Park City Athenaeum Club is the oldest GFWC club in Utah, and one of the oldest women’s clubs in the state.

It was noted in the local paper that the Woman’s Athenaeum Club made Park City. Today’s GFWC Park City Athenaeum Club actively works toward keeping that tradition alive.

We are indebted to Lynette McAferty for sharing information and photos.