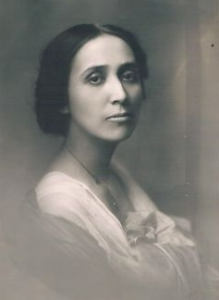 A warm welcome back to Better Days 2020 Reading Club! Last week we dove into the 1913 Women’s Suffrage Parade; this week, we turn to Indigenous activists’ fight for political legitimacy. The Nineteenth Amendment was ratified in 1920, but many women and men were still ineligible to vote due to racist and classist federal laws and policies. Indigenous feminists Zitkála-Šá and Laura Cornelius Kellogg utilized the new enfranchisement of women citizens as they worked to win U.S. citizenship for Native people. They spurred white women into action for Native communities across the United States as they pushed to preserve Native sovereignty. 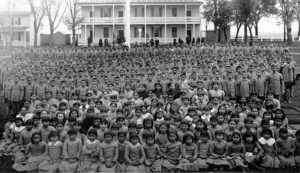 Historian Cathleen D. Cahill’s article “Our Democracy and the American Indian: Citizenship, Sovereignty, and the Native Vote in the 1920s” highlights Zitkála-Šá’s and Laura Cornelius Kellogg’s work against federal policies that robbed Indigenous nations, communities, and people of their lands, political power, and ability to survive. These federal policies shipped Native children from their communities to U.S. assimilative boarding schools, rejected previous treaties made between the U.S. government and Native nations, delegitimized tribal political and cultural systems, and destroyed Native land rights. 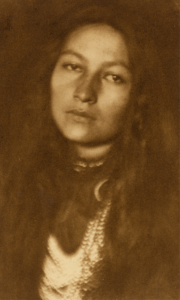 Movements for Indigenous visibility and women’s suffrage coincided, and Zitkála-Šá and Kellogg used that to their advantage. They appealed to women citizens’ previous lack of suffrage and used their own cultural traditions — Zitkála-Šá would often wear traditional dress while meeting with the General Federation of Women’s Clubs, and Kellogg would rely on the history of Iroquois women’s traditional political power to gain support for Native citizenship. That right was realized (to some degree) with the Indian Citizenship Act of 1924, and Zitkála-Šá and Kellogg both used their networks to dismantle more oppressive policy written into the Act. (many states, including Utah, continued to restrict Native voting rights even after 1924–Utah had a law on the books until 1957 that disqualified residents of reservations from voting.)

Zitkála-Šá and Laura Kellogg also founded their own Indigenous-run organizations, like the National Council of American Indians (NCAI) and the Society of American Indians (SAI), to share information about federal bills, policies, and attitudes that affected Indigenous self-determination and sovereignty. Kellogg and Zitkála-Šá both had their own thoughts about Native nations’ survival, and they formed powerful avenues to fight for Native people’s voting rights. So, please read Cahill’s article here and comment on our social media — we would love to hear what you think!

Thanks to our intern Maya Brimhall for preparing the materials for this week’s topic. Maya is a current BYU History and Global Women’s Studies student from Mesa, Arizona. She loves socializing, studying women’s history, and eating all types of sweet treats!