It’s safe to say 2020 didn’t turn out like we expected. Although countless events and exhibits had to be cancelled or postponed, we’re proud of the creative ways Utahns honored trailblazing women in our history. We hope you’ll follow along as we continue these efforts next year!

2 months of celebration before shutdown

This is just a partial list, but each of the achievements below was made possible by our hardworking team, community partners, and the support and donations of Utahns like you. Thank you!! 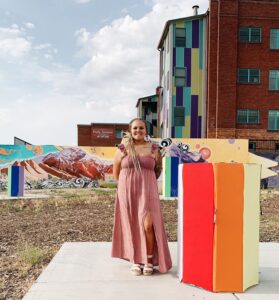 Tamia Green with her installation in Ogden.

3 voting rights anniversaries—the 150th of Utah women’s first votes , the 100th of the 19th Amendment, and the 55th of the Voting Rights Act.

8 Utah locations approved for suffrage markers on the National Votes for Women Trail. The program was delayed by the pandemic, but one marker is already up at Lucy Clark’s home in Farmington. The rest will be unveiled next spring.

15 Utah women featured in our Utah HERitage scavenger hunt this summer. You can still do it on your own! 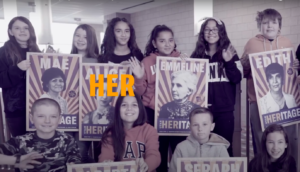 19 guest appearances from across the state in our video event about Utah women’s fight to regain voting rights 125 years ago.

75 design submissions for Utah’s commemorative “I Voted” stickers, which were used in the primary and general elections. 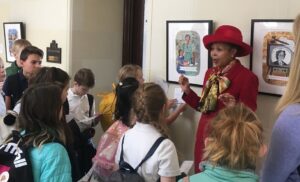 150 years since Utah women cast their first ballots, we joined Salt Lake City Mayor Erin Mendenhall, community partners, and many of you to symbolically trace Seraph Young’s steps to Council Hall, the site of the first vote.

36,000 unique visitors to utahwomenshistory.org since January 1, 2020. Thanks to engaged teachers and curious Utahns, we doubled our reach from 2019 to 2020!