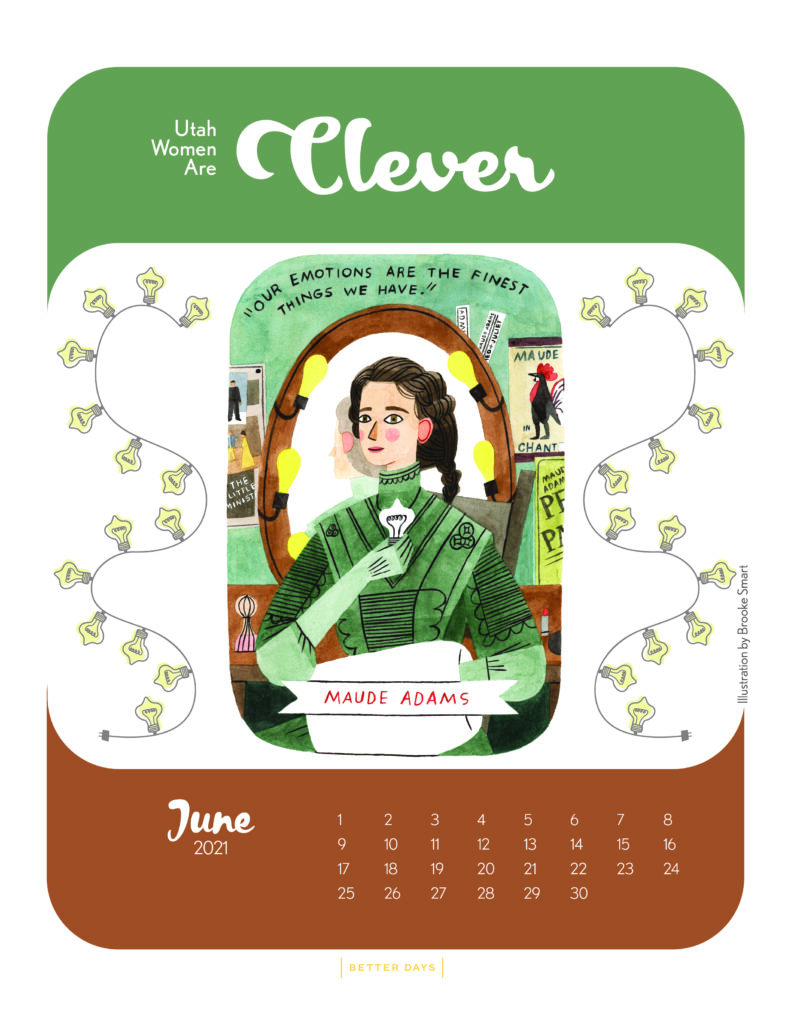 We’re featuring actress, inventor, and production artist Maude Adams this month. Maude was the most famous actress of her time, and she debuted the role of Peter Pan on Broadway in 1905.

Maude was interested in the technical aspects of theater as well as acting. She set up a research team to create better stage lighting, and ended up collaborating with General Electric on the world’s largest incandescent lamp! Her lights became the industry standard in 1920s Hollywood.

Maude was also very involved in philanthropy to support causes she cared about. She encouraged women’s civic engagement, supported aspiring actresses, and often gave blocks of theater tickets to disadvantaged kids so they could see Peter Pan. Maude died of a heart attack in 1953 at the age of 81 and was buried with her longtime partner, Louise Boynton, in Long Island.

Click here to download our June calendar as a PDF! We’ll feature other Utah women this month who used their intellect to make a difference, including historian Helen Papanikolas. Follow our social media to learn more!