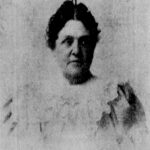 In the fallout of the Civil War, many American women were trying to build new and meaningful connections within their communities. The war had really challenged what it meant to live in an increasingly diverse country. In response, women flocked to special interest clubs like sewing circles and reading circles. Women in Utah were no exception.

First, an elite reading circle called the Blue Tea Club was organized by Jennie Froiseth in Salt Lake City in 1875. As voters in the Utah territory, these women felt that they needed to be educated in order to cast their vote properly. At that time, most colleges did not allow women to enroll and attend classes, so women found creative ways to educate themselves. However, after a few years, some members of the club were not satisfied with how it left out women from the working classes, so they created the Salt Lake Ladies’ Literary Club in February 1877 with an invitation to all women who wanted to participate in a social learning organization. It was both an intellectual and a social group. At first, they focused on studying history, but they later expanded their reading to include other subjects like law, current events, drama, music, and poetry. 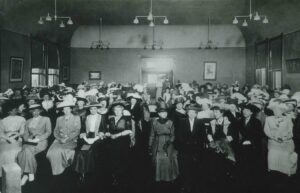 The creation of the Ladies’ Literary Club was also part of a larger movement to better integrate Latter-day Saints with other Utahns. The territory’s population was becoming more diverse as people from many backgrounds began to settle there among the Latter-day Saints. Women especially were trying to tear down the walls between secular and religious communities to build bridges instead.

In fact, the Ladies’ Literary Club contributed generously to the building of a more inclusive Utah. They advocated for the creation of many libraries in the territory, and they used their social networks to raise money to build those libraries. Club members were also active in community and civic causes like improving children’s education, supporting public arts, and funding scholarships. Their purpose was to democratize education and mental culture, making them free and available to all people. 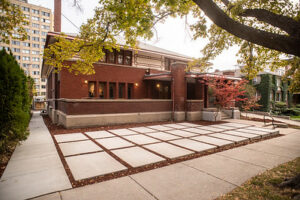 The Club opened a center in Salt Lake City called Clubhouse in early 1898, which moved in 1913 to 850 East and South Temple where it still stands today. Clubhouse, nicknamed “The Grand Dame of South Temple,” is a historical landmark recognizing the important work of Utah women seeking to educate themselves and improve the lives of their fellow citizens.

At first glance, it may seem like the Ladies’ Literary Club was just another book club. However, theirs is a story of using books to include marginalized people, build a unified community, and bring education to the masses. They showed the power of reading and learning together. Does your book club do that?

Toni Pilcher is a graduate student in Instructional Design and Psychology at Brigham Young University. She studies the history of women’s education and recently presented her paper “The Historical Chautauqua Literary and Scientific Circle: Women Educating Themselves Through Reading” at the regional Global Women’s Studies conference in March 2022.

Better Days helped the current owners of Clubhouse SLC win a $150,000 historic preservation grant in 2019! Thank you for your votes to make the building truly accessible to all for the first time in its history.