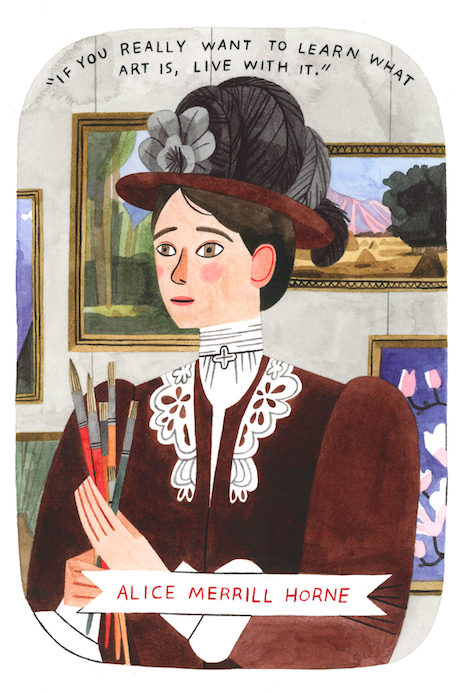 “If you really want to learn what art is, live with it.”

A bronze bust of Alice Merrill Horne resides on the landing leading upstairs in the Glendinning Mansion in Salt Lake City. The Utah Division of Arts & Museums occupies the historic home where it works to assist arts organizations and artists in their service to the communities of Utah. The sculpture of Alice serves as a daily reminder of her legacy. In 1899, Utah Representative Alice Merrill Horne sponsored the bill that established the Division, making Utah the first state in the nation to have a state-run arts agency. Her impact on the arts is great, but her influence reaches beyond her cultural agenda. Not only was Alice a dedicated arts advocate, she was also a preservationist, an environmentalist, and a suffragist. 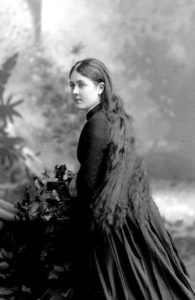 Alice as a young woman. Photo courtesy of the Horne family.

Alice (called “Allie” when she was young) was born in a log cabin in Fillmore, Utah on January 2, 1868. She was the third daughter and fourth child of fourteen children. Her father had two other wives with whom he also had children. Allie was only seven years old when she came to Salt Lake City to live with her widowed grandmother, Bathsheba Smith. Bathsheba’s social circle gave Allie the opportunity to rub shoulders with influential figures including Eliza R. Snow and Emmeline B. Wells. They often met at her grandmother’s home and discussed important topics covering everything from religion to politics. Here Allie would absorb an education on how to be useful, take initiative, and lead change. Encouraged by her grandmother, Allie developed a taste for fine art which fostered a passion and commitment that would lead to her greatest contribution to Utah.

In 1887, Allie (now called Alice) earned a teaching certificate and degree in pedagogy at the University of Deseret. While at the university, she organized a Shakespearean Society where she met George Henry Horne. They married in 1890. Still very much invested in the visual arts, she took art instruction privately from renowned Utah artists George M. Ottinger, J.T. Harwood, Mary Teasdel, and John Hafen. Alice was made the chair of Utah’s Liberal Arts Committee for the 1893 Columbian Exposition and World’s Fair in Chicago. She published a book of poetry and art that was displayed there to highlight Utah’s culture, and briefly attended the School of the Art Institute in Chicago.

Alice’s political career began at 26 years old — only four years after her marriage. She was teaching at Washington School and was displeased with the “Augsburg System” taught there, a system of drawing which neglected to nurture the aesthetic principles she acquired when she studied art herself. She cleverly recruited a friend from school who shared her position and convinced him to run for the Salt Lake City Board of Education. Alice did everything she could (including making house calls) to ensure his election was a success so he could change the way art was taught. 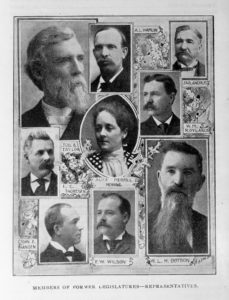 Alice’s drive to lead more change increased and in 1898 she decided Utah needed a state program to advance the quality of art and encourage good artists by providing them with a living wage. “So long as talent and industry unite” she claimed, “there will be art — original, spontaneous, inspirational — the kind that lives.”[1] The Democratic Party nominated her for state representative from Salt Lake’s Eight District and Alice became the fourth woman and third female state representative elected to the Utah State Legislature. She agreed to run on the platform to realize her idea of a state arts agency — one that would hold an annual art exhibition and purchase paintings to establish a permanent collection owned by the people of Utah. She believed art made life better, and that to truly understand art, people must live with it. Alice’s art bill passed the Senate unanimously and it passed the House. Governor Wells declared, “This art bill assures that Utah is the first state in the Union to provide a state institution for the encouragement of the fine arts. So far as we know, it is the direct result of equal suffrage. I congratulate you, Mrs. Horne.”[2] The new measure established the Utah Institute of Fine Arts (currently known as the Utah Division of Arts & Museums) which still holds an annual art exhibition from which purchases are made. The Alice Art Collection now consists of over 1,400 artworks valued at more than $9 million.

Alice formed over 30 collections of Utah art in public schools so that all children, no matter their parents’ means, would have direct contact with original art. Pregnant with her third child, she decided not to run for a second term, but she accomplished a lot in her two years of public service. Being a mother of six children (one died at an early age), she inspired a passion for art among her descendants. 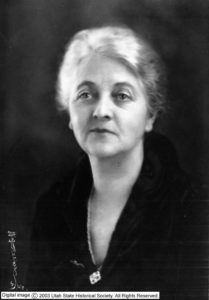 As a believer in education, Alice penned legislation to set aside the land grant for the University of Utah. She sponsored a Clean Milk for Utah campaign that resulted in more rigid inspection standards for milk sold in the state, as well as free milk stations across Salt Lake City for the benefit of undernourished and underprivileged babies. She organized the Smokeless Fuel Federation to improve air quality and the Women’s Chamber of Commerce in Salt Lake City. Alice worked with the National American Woman Suffrage Association and was a delegate to the International Congress of Women in Berlin in 1904. She was an active volunteer, and a leader in her church, serving on the General Board of the Church of Jesus Christ of Latter-day Saints’ National Women’s Relief Society from 1901-1915.

Because of her leadership and dedication to public service, Alice was one of the first inductees to the Salt Lake City Council of Women’s Hall of Fame, and she received a Medal of Honor for her civic service from the Academy of Western Culture. Alice died at 80 years old in 1948. The influence her art bill continues to have on Utah is immeasurable.

Today, the Utah Division of Arts & Museums awards over $3.5 million dollars in grants each year to assist arts organizations, museums, schools, educators, local arts councils, cultural organizations, and individual artists throughout the state. The art bill also established the WPA Orchestra, which became the Utah Symphony. It’s fair to say that any arts organization in Utah that receives funding from the state — and any individual that benefits from the public programs provided by that organization — has Alice Merrill Horne to thank for making public access to art her life’s work.

Laura Durham holds a B.A. in Art History from Brigham Young University. She worked for the Utah Division of Arts & Museums in the visual arts program for 12 years managing the Rio Gallery and other visual arts programs including the state-sponsored art exhibition initiated by Alice Merrill Horne in 1899. She now works in public media at KUED (Utah’s PBS Station) creating community engagement projects, programs, and events throughout the state.