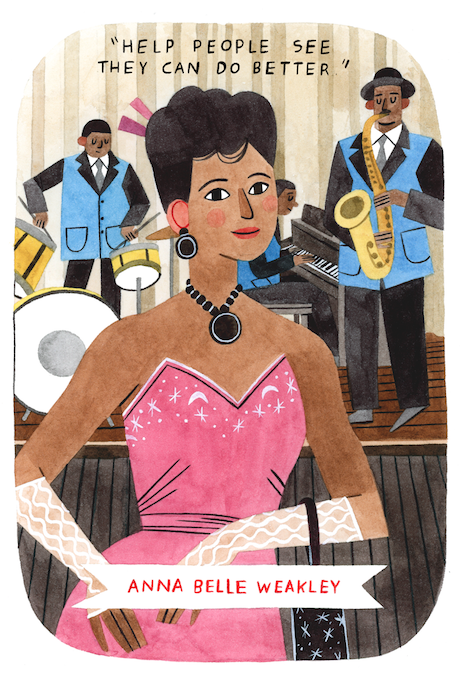 “Help people see they can do better.”

Known as “the Queen of 25th Street,” Anna Belle Weakley was a major force in Ogden’s growing black community in the mid-1900s. Running the Porters and Waiters club in Ogden for many years, Anne Belle helped to break down barriers facing black people in Utah. Her compassion and ambition inspired her work to help others make the most of their lives. 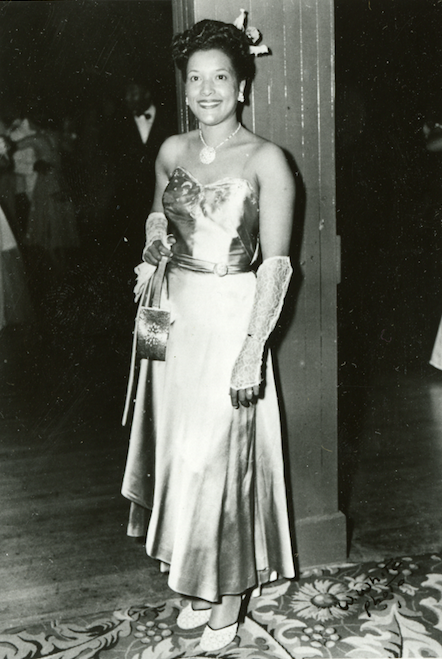 Anna Belle Shaw was born in Union Church, Mississippi, in 1922 and was raised by her great-grandparents for the first years of her life. When she was 10, she moved to New Orleans, Louisiana, to live with her mother, Laura Brown. Anna Belle was very active in student and community organizations such as the Sigma Gamma Rho sorority and the YWCA’s Girl Reserves, and she was a leader of the local Junior Red Cross council. While in high school, she attended a national convention for the Junior Red Cross and had tea on the White House lawn with First Lady Eleanor Roosevelt. Anna Belle later was chosen to introduce Eleanor Roosevelt and Mary McLeod Bethune, a prominent educator and civil rights activist, at the Junior Red Cross’s Southern Rally at Tuskegee Institute in Alabama. Anna Belle also learned to work in the restaurant business by helping her aunt who was a cook.

Anna Belle came to Utah during World War Two when her fiancé William Carter got a job at Hill Air Force Base. They were married in December 1942. “I never did like to ride the coattail of somebody else,”[1] Anna Belle later said in an interview. She worked hard in multiple jobs at the Base, always looking for ways to do more and do better. She practiced typing and took the civil service examination three times before she finally passed it to qualify for an office job.

After the war ended, Anna Belle and William divorced due to his alcoholism. She later married Billie Weakley in 1947. Billie had opened the Porters and Waiters Club in Ogden in the 19-teens as the first hotel where black railroad workers could eat and sleep when they passed through town. Anna Belle had experienced the problems of segregation in Utah herself. It had taken her more than a week to find a place to rent in the crowded black neighborhoods of Ogden when she first came to the state in 1942, and she wouldn’t have been accepted as a tenant in predominantly white neighborhoods. 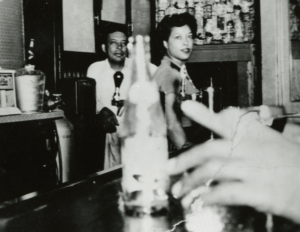 Anna Belle was an astute businesswoman and was soon managing the Club’s operations. She opened a lounge in the basement where jazz bands could play, and the Porters and Waiters was soon known as the finest black club in the West. Anna Belle brought in famous musicians from across the country such as the Four Freshmen, B.B. King, Duke Ellington, and others, and local jazz great Joe McQueen often played at the club with his band as well. Anna Belle prided herself that the Club was “a gathering and meeting place for people,” and a place where “black people were able to identify with having something that they felt belonged to them,” “when they were not welcome at other places.”[2] 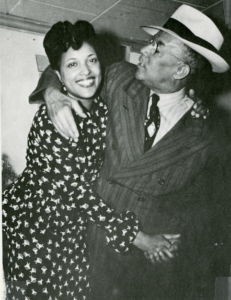 As Anna Belle remembered, custom, or “unannounced segregation,” kept black people and white people apart in Utah without signs or laws. Black people in Ogden generally didn’t challenge this segregation in the 1940s and 50s. “We had to make a living and we didn’t want to rock the boat,” she recalled.[3] But when white customers started coming to the Porters and Waiters Club in the late 1950s, the local police tried to break up this racial mixing. Anna Belle stood her ground, reminding the officers that anyone had the right to come to the club and keeping the doors open for everyone.

While Anna Belle was running the Porters and Waiters Club, she often faced resentment and prejudice from people who didn’t feel that a woman should have so much authority. Her financial success enabled her to enjoy the finer things in life and she was a sharp dresser, which made some of her neighbors jealous. Still, she used her position to help others in the community. Anna Belle was always donating through the Club to various local charities and often gave clothes, food, and jobs to those in need of help. She made it a point to be friendly to everyone and especially to encourage young people to make something of themselves. Anna Belle received an award from the Ogden Civic League for promoting education, and she served on boards for the Boys and Girls Club, the Salt Lake Senior Center, the YMCA, the Legal Aid Society, and the Governor’s Black Advisory Council. 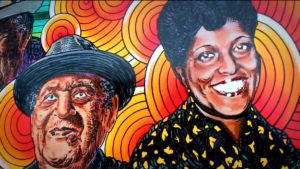 As the railroad business dried up and Anna Belle faced increasing financial pressure, the Porters and Waiters Club eventually had to shut its doors. Not deterred, Anna Belle opened a restaurant in the same building called Anna Belle’s Mexican and American Restaurant. She continued to work to improve the atmosphere of Ogden’s 25th Street and make it a place where local businesses could thrive. 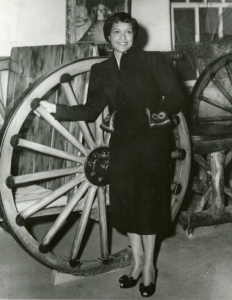 Education was very important to Anna Belle. She taught herself to paint, and after the death of her husband in 1966, she earned her bachelor’s degree at Weber State University in sociology and psychology. Because of her experiences with her previous husbands’ alcoholism, she wanted to use her training to help improve counseling and treatment for people struggling with addiction. Anna Belle worked as a probation counselor for the Alcohol and Drug Program in Salt Lake County and then got a job in Denver running training programs for alcoholism counselors throughout the west. She later worked as the Ethnic Minority Specialist at the Utah State Prison.

Despite the difficulties Anna Belle dealt with in her personal and professional life, she said “I’ve always known that the only person I could change was me.”[4] She worked to gain insight into the problems of those around her, seeking to understand rather than to weigh herself down with anger. Her can-do approach, quick thinking, and compassionate attitude made her a force for good in her neighborhood and beyond.

Anna Belle was killed in a car crash near Wendover, Utah, on November 15, 2008, passing away peacefully in the presence of her good friend, Joe McQueen.

We are indebted to Joe McQueen for sharing his memories of Anna Belle for this biography. Joe still plays the trombone with his jazz band—at the age of 100. Many thanks to Brenda Burrell and Johnnie Griffith for connecting Better Days 2020 with Joe.