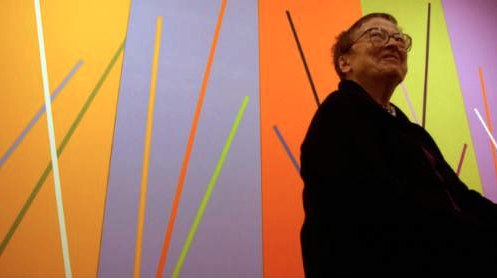 courtesy of The Salt Lake Tribune

Anna Campbell Bliss was born in Morristown, New Jersey in 1925. She graduated with  an undergraduate degree in art history from Wellesley College and a masters degree in architecture from Harvard University. She also studied engineering at New York University, as well as painting, printmaking, and color theory  Anna met her husband, Robert Bliss, in 1947 and married him that same year. They started an architectural firm together called Bliss & Campbell Architects in Minnesota in 1954. The two of them designed homes to incorporate and resemble the natural surroundings, and Anna became involved with the Minneapolis art scene.

They relocated to Utah when Robert became the dean of the University of Utah College of Architecture in 1963. Initially unhappy in Utah, Anna enrolled in screen printing and computer programming courses at the University of Utah and studied movement and dance at the Utah Repertory Dance Theatre to find new inspiration. She became one of the first artists to implement computer design into artwork, using computers to create unique pieces that are now housed all over Utah. Anna’s modern art uses a combination of computer generation, mathematics, and physics, and compares the constructed and the natural worlds. 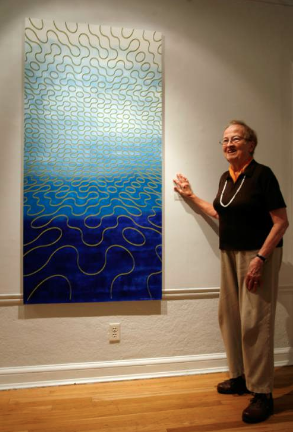 Anna Campbell Bliss speaks about her piece “Water Wall” in 2009. Courtesy of The Salt Lake Tribune.

Many art pieces throughout Salt Lake City city are Anna’s, including “Windows” at the Utah State Capitol, and “Discoveries” at the Salt Lake City Airport. Her modern style of artwork was not always well received in Utah, but her continued effort to normalize art in the community had a lasting legacy on the art world in the state. Not only was she an accomplished artist, but she often wrote about art and educated future artists about the importance of both visuals and science. In 1980, she formed the Contemporary Arts Group of Utah to encourage artists and give them opportunities to collaborate. Her art is still housed in many museums and her legacy as an artist and a scholar can be seen in structures and writing all over the city.