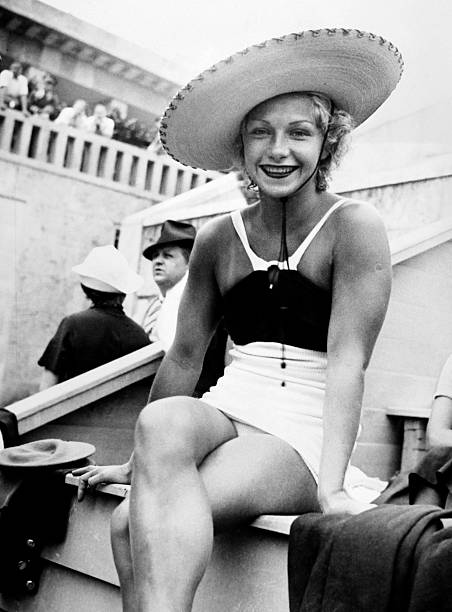 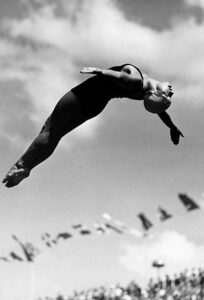 Dorothy Poynton was an Olympic platform diving champion who broke several records and remains one of the youngest people to win an Olympic medal. Born to English immigrant parents in Salt Lake City, Dorothy moved with her family to Los Angeles as a young girl. Her dad worked at a hotel that hosted swimming and diving exhibitions, and Dorothy began appearing in the shows. She made a splash and qualified for the U.S. Olympic team at age 12.

Dorothy celebrated her 13th birthday en route to the 1928 Amsterdam Olympics. When she won the silver medal for springboard diving 23 days later, she became the youngest U.S. Olympic medalist. This record still stands! 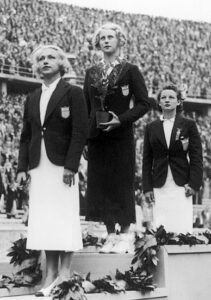 4 years later, Dorothy won the gold medal in platform diving record at the 1932 Olympics in Los Angeles. And at the 1936 Games in Berlin, she defended her gold medal and also won bronze in the springboard event. This made her the first woman to win an Olympic diving competition twice in a row. Dorothy dominated U.S. diving, winning every women’s title at least once. After she retired from competition, she taught at the Dorothy Poynton Aquatic Club in L.A. and appeared in several TV commercials. She was honored in the International Swimming Hall of Fame.