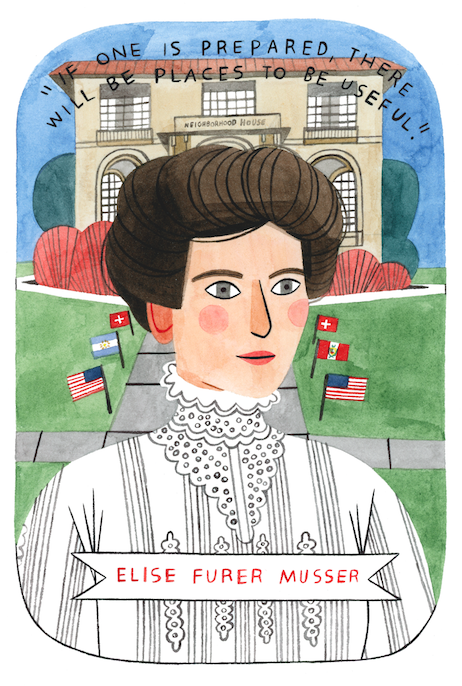 “If one is prepared, there will be places to be useful.”

A Swiss immigrant to the U.S. at age 19, Elise Furer Musser was motivated by a desire to make something of herself and to help others do the same. She became a life-long advocate for peace and social welfare, participating as the only woman in U.S. delegations to international peace conferences in the 1930s. Elise’s life of public service improved conditions for many Utahns and paved the way for other women’s professional pursuits. 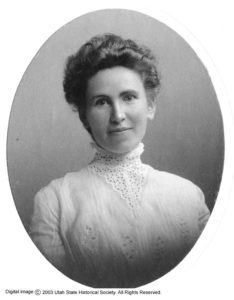 Elise was born in Les Loges, Switzerland on December 7, 1877. Her father died when she was three years old, and although her mother later remarried, the family continued to struggle financially. As the fourth of five children, Elise spent time living with various aunts and uncles to relieve the burden on her mother and to be able to attend school. Elise graduated high school and hoped to become a teacher. “I was so busy planning for a great life,” she later remembered.[2]

Elise joined the Church of Jesus Christ of Latter-day Saints in 1894, and she and her older brother emigrated to Utah in 1897. Elise spent some time working as a bookkeeper at a mine in northern Mexico, and then returned to Utah, where she met and married Burton Musser in 1911. The couple moved to the East Coast while he attended law school. Elise loved to learn, and her diary carefully noted museums and lectures she attended. She and Burton were so impressed by President Woodrow Wilson’s presidency that they became life-long Democrats during this time. Elise would continue to work for a better world through the Democratic party for decades.

After the Mussers returned to Salt Lake City, Elise joined the board of Neighborhood House, an organization that provided daycare for working mothers, who were mostly immigrants from other countries. Elise spoke fluent French, German, Italian, English, Swedish, and Spanish, so she was often asked to interpret. She expanded Neighborhood House’s work to help provide education and job training for immigrants and other Utahns in need of employment.

Elise’s work at Neighborhood House made her “conscious of the needs of many of our people,” particularly immigrants, and led her into state politics.[3] She was asked to be the State Chairman of Democratic Women, where she brought vision, organization, and a drive to improve the conditions of everyday people in Utah. Elise was Salt Lake County Recorder for a time, and after she won election to the state senate in 1932, she pushed through Utah’s first child labor law and served as a member of the Utah Unemployment Commission. 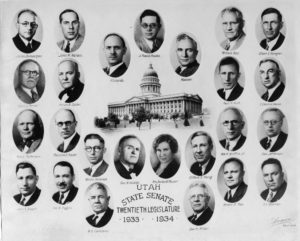 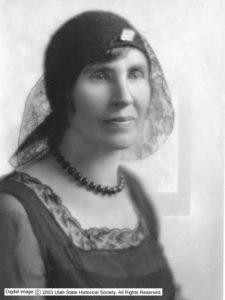 In the 1930s, as American leaders began to worry about the possibility of war in Europe, they worked to secure peace agreements in the Western Hemisphere. Former Utah Governor George Dern was secretary of war under President Franklin D. Roosevelt. Dern told President Roosevelt that Elise was “the most brilliant woman in Utah” and praised her skills in leadership and language interpretation. This led the President to appoint Elise as a diplomat to an international peace conference in Buenos Aires, Argentina, in 1936.[4]

In 1938, President Roosevelt again appointed Elise as a delegate to a peace conference—this time, the International Conference of American States held in Lima, Peru. Like before, Elise was the only woman on the U.S. delegation. After the conference in Lima, the secretary to the U.S. delegation said, “If the President had combed the whole United States for a woman delegate he could not have found another one that could have done the job Mrs. Musser did.”[5] Elise felt proud that her background and service had prepared her to contribute to such an important cause.

When World War II did break out, Elise served as President of the British War Relief Society of Utah as well as leading in relief efforts for Russia, Belgium, and Greece. As someone who had left her home country, she was especially concerned for the plight of war refugees and advocated for services to help them integrate into their new societies. The King of England later decorated her for this work.[6] 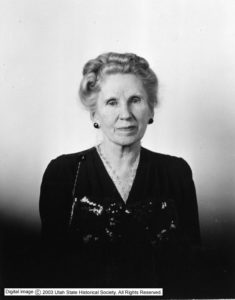 Elise’s wide-ranging interests led her to serve in many organizations, where her passion and sharp intellect made her a valuable leader. She served on the national board of the Young Women’s Christian Association, as a trustee of Utah State Agricultural College (now Utah State University), and as president of the Pan American Club to promote greater cultural understanding in Utah. Elise’s desire to make something of herself improved the lives of many Utahns through her community service. She passed away on August 30, 1967 at age 90.