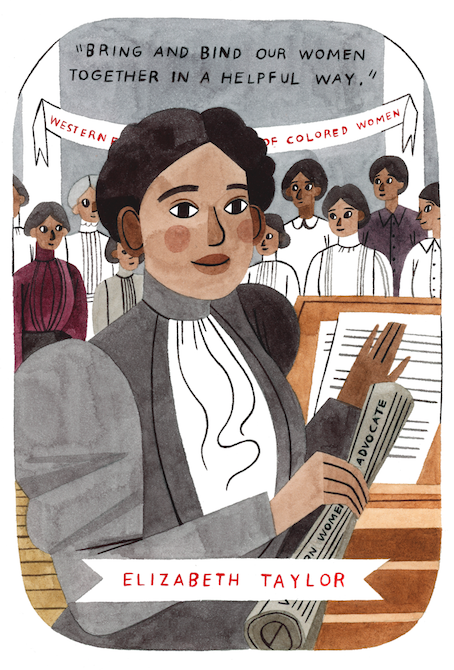 “Bring and bind our women together in a helpful way.”

In July 1904 Elizabeth “Lizzie” Austin Taylor stood in the Salt Lake City Council Chamber and addressed black women she had called together from throughout Utah and the American West. The fledgling Western Federation of Colored Women had heard that morning from Utah governor Heber M. Wells and Salt Lake City mayor Richard P. Morris. Elizabeth said: “I am truly proud of this movement; being a race woman I have looked with sorrow upon the condition of our women for many years and I believe that the colored women should stand together more than any other class of civilized women in the world. . .” She outlined the economic, social, and family concerns plaguing black women in America and said that the Federation was to “bring and bind our women together in a helpful way.”[1] As its president, Elizabeth led the Federation in supporting black women and their families through social opportunities, charitable work, and The Western Women’s Advocate newspaper. 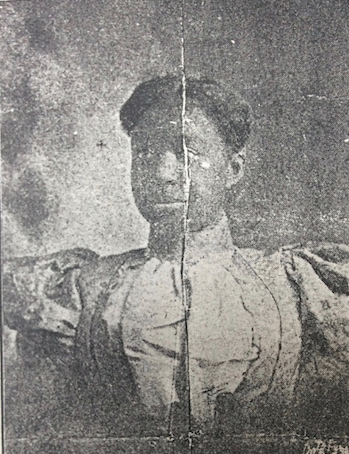 Little is known of Elizabeth’s early life. She was born in Kansas in 1874 to William Austin and Ellen Frye Washington, both probably recently freed from slavery. By 1891 the seventeen-year-old Elizabeth lived in Utah Territory, where she married William Wesley Taylor. The couple began a family and by 1895 also began a newspaper, Utah Plain Dealer, for the small black community of the territory. William served as editor and Elizabeth worked as compositor, setting type for the newspaper they printed faithfully every week for more than a decade.

Elizabeth and William were early members of the Utah Press Association (UPA) and the Western Negro Press Association (WNPA).[2] William served as president of the WNPA for several years and hosted the 1900 meetings in Salt Lake City. Due to their involvement in the UPA and WNPA, William and Elizabeth traveled widely throughout the western United States. Unfortunately, only one edition and several clippings from Plain Dealer remain in existence, so there is little record of their travels and activism, apart from what appears in other newspapers. Much of what is known about their efforts to gain social and political equality in Utah is from the pages of a rival black newspaper, Broad Ax, published in Salt Lake City for several years by the caustic but visionary Julius Taylor.

Two black churches gained ground in Salt Lake City in the 1890s: Trinity African Methodist Episcopal (AME) and Calvary Baptist. Both are still in existence.[3] Elizabeth and her family helped establish both churches but were most closely associated with Trinity AME. Elizabeth led children’s groups and participated in the literary society. William was the grand treasurer of the local black Masonic grand lodge. Elizabeth was active in the associated black women’s organization, the Queen Esther Chapter of the Order of the Eastern Star.

During her newspaper career, Elizabeth cared for her household and children William, Myrtle, Leonard, Thelma, and Booker T. Leonard died as a baby from whooping cough, and Elizabeth also cared for her mother and sister-in-law during their final illnesses. The greatest blow came when William became ill and died in 1907.

Elizabeth shouldered his duties as editor and publisher of Plain Dealer. She continued to put the paper out through 1909 or 1910. She traveled to the annual conferences of the WNPA. In 1909 she delivered a paper — not her first — at the meetings of the WNPA, “Is There a Future in Journalism for Negro Women?”

In 1908 Elizabeth remarried AME Rev. John W. H. Morris. By 1910 they lived separately, although they worked together on a resolution calling on the Salt Lake City Council to “pass an ordinance submitted with the petition which has for its purpose the assuring of equal rights to all American citizens, regardless of color, in the hotels, restaurants and inns of the city.” Although its schools were not segregated, many Salt Lake City businesses were, and the social policies of the time greatly hindered black access to economic security. 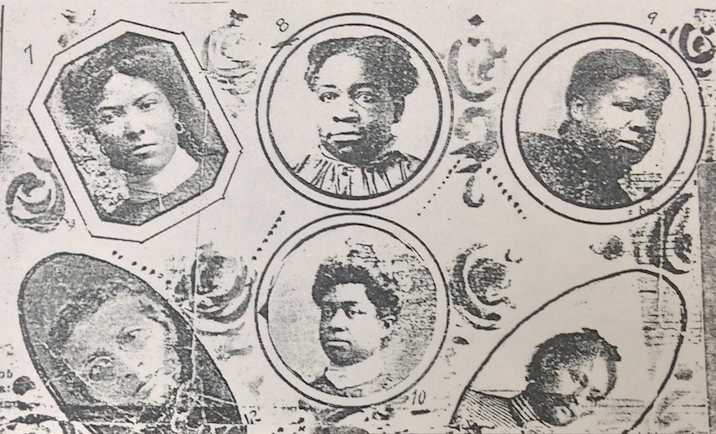 Five hundred members of the community came together at Liberty Park in September 1910 to celebrate Emancipation Day. Rev. Morris and Elizabeth took part in the program and “pointed with pride to what had already been done by the colored race since its release from the iron hand of slavery.”[4]

Elizabeth and her children moved to Grand Junction, Colorado, where she helped establish Handy Chapel (AME).[5] Although her personal tragedies and family difficulties ultimately limited her ability to play a continued role in Utah’s black community, her energy and charisma brought and bound the women together in a helpful way.

One of the greatest triumphs of Elizabeth’s final years was seeing her daughters graduate from the university and work as teachers. Elizabeth Austin Taylor Morris died at her daughter’s home in Owensboro, Kentucky, on March 22, 1932.

Amy Tanner Thiriot is an independent historian and author of the forthcoming book, Slavery in Zion: Black Lives and Black Servitude in Utah Territory.

[5] Much appreciation to Elizabeth’s family who preserved clippings from the Plain Dealer and provided such enthusiasm for this project.