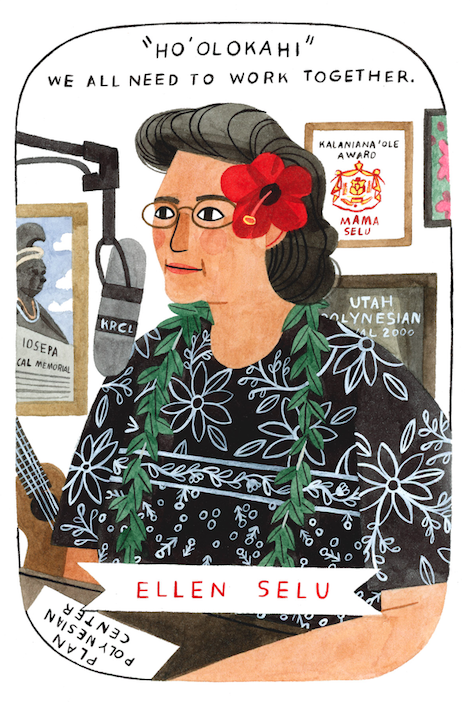 We all need to work together.

A gatherer and community builder, Ellen Selu wanted people, especially Polynesians, to feel like they belonged in Utah and that they were part of a great community. Her vision of unification and education continues today with the groundwork she laid through her immense community and civic involvement. 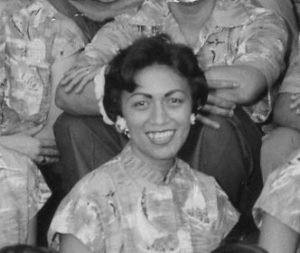 Ellenmae Kawaianuhea Parker was born in Honolulu, Hawaii, on September 7, 1931 to Elizabeth Kaili Awo and Clement Kuakini Parker, Jr. as the oldest of their eventual three daughters. After Ellen graduated from Kamehameha High School in 1949, she moved to the San Francisco Bay Area to attend a training school. That same year, she met Wayne Isaako Selu at the Tahitian Hut, a club where he performed as a Polynesian entertainer. When Wayne’s group would try to sing in Hawaiian (he was Samoan), Ellen would correct them and she would sing. They married two years later and moved around for his military career.

Ellen got into entertaining, too. The couple performed around California, making it a family affair by involving their five children in the singing and dancing performances and in doing all of the catering and costume design. Ellen and Wayne wanted to ensure that their kids connected with their Polynesian culture and they wanted to promote and share their culture with others. This desire influenced much of Ellen’s life work. 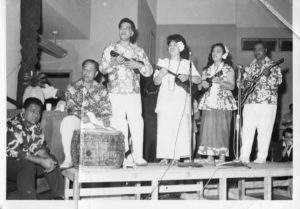 Most of Ellen’s professional work was with The Greyhound Bus Lines. In Los Angeles, she worked as an Assistant Terminal Manager. When the company decided that stations should be independently run, Ellen with her family moved to Salt Lake City in 1978 for her to manage the Salt Lake City station, making her the first female terminal manager and owner at the company. One of her employees recalled, “I was never going to work for a woman, but Ellen ended up being one of the best bosses I ever had.” She worked in this capacity until 1990. Then, she worked for Cottonwood Hospital as Patient Service Registrar until her retirement in 2007.

Affectionately known as “Mama Selu,” this nickname illustrates the heart of Ellen’s work and the breadth and warmth of her reach. She was very motivated in unifying Utah Polynesians together and giving the community a voice and advocacy platform. In the late 1980s, she was a founding member of the Polynesian Association of Utah and served at the national council level and on the mainland council of the Association of Hawaiian Civic Clubs. These associations and civics clubs provided a connection not only with those living on the mainland, but also to those living on the Islands. In 1994, Mama Selu received The Kalanianaʻole Award, the most prestigious award given by the Association of Hawaiian Civic Clubs, recognizing “outstanding Hawaiian Civic Club members for service to the community at-large.” 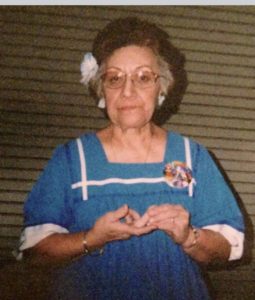 Mama Selu was integral in the grassroots efforts to have yearly Polynesian Festivals in Utah as a way to celebrate Polynesian culture and to educate and bring together various communities. These festivals involved the performance of island songs and dances and the selling of island food and crafts. Ellen also believed strongly in the importance of post-secondary education. She personally was an active learner who was always willing to give insight as she learned and experienced new things. Proceeds from the festivals were used to provide 100+ educational scholarships to numerous high school students, ensuring that the next generation was set up for success.

As a founder and board member of the Iosepa Historical Association, an organization created to promote the history of the native Hawaiians of the Church of Jesus Christ of Latter-day Saints who settled in the western desert of Utah in the late 19th Century, Mama Selu and other women cleaned up the area, built the pavilion, and had a memorial installed on the site. Every Memorial Day weekend, a large celebration and gathering occurs at Iosepa as a means to celebrate and educate.

In an effort to create physical gathering places, Mama Selu was involved in raising money to build a multicultural center on the Westside of Salt Lake City. She envisioned this center to be a place for all ethnic groups to come and hold their own cultural events and practices, but she was especially interested in building a Polynesian Center specifically dedicated to her community. While the multicultural center, now the Utah Cultural Celebration Center, came to fruition, efforts continue towards building a dedicated space for Utah’s Polynesian community. 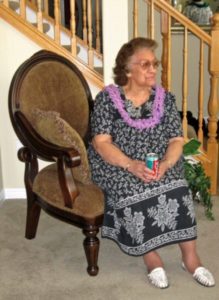 Mama Selu was most well-known as the host of the Hawaiian segment of the KRCL radio show, “Voice of Polynesia.” She hosted this show for over 20 years; Wayne “Papa Selu” hosted the Samoan portion. The show included a dedicated segment for each Polynesian group, was transmitted in native Polynesian languages, and featured current event and news updates, interviews with community members, music from each island, and information about community events. Listeners frequently called in to ask for song dedications and to announce birthdays and anniversaries. It was rare to have radio shows in native languages during this time period, and the show offered Polynesians a platform to tell their stories from their own perspectives. “Voice of Polynesia” provided a venue for listeners to feel like they were back home on the Island, connecting those in Utah with others in their local community and to those back home.

Additionally, Mama Selu was a member of the Governor’s Utah Polynesian Advisory Council and a member of the Ethnic Minority Health Commission. She was also a recipient of the Governor’s Award for Women for Outstanding Community Service for Polynesians in Utah. Mama Selu’s favorite Hawaiian sayings were “Mahalo Nui Loa” (thank you very much) and “A Hui Hou!” (until we meet again). She passed away in 2009, leaving a lasting mark and legacy in Utah and nationally.