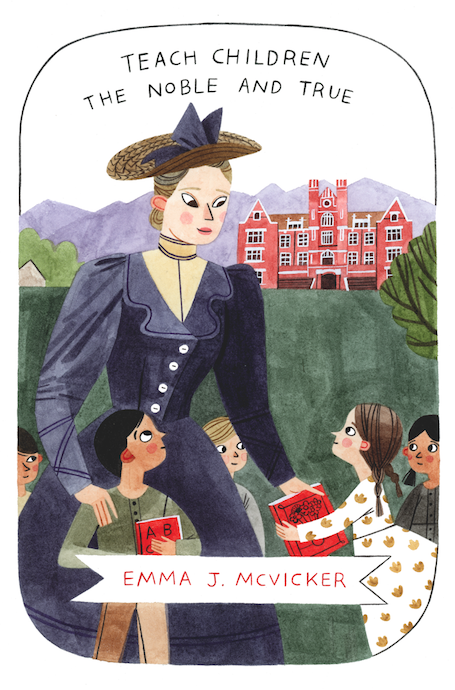 Teach children the noble and true.

with research conducted by Nancy Watkins

Emma Jane Kelly McVicker was an advocate of quality education for both children and their working mothers. Born in Watertown, New York, on March 5, 1846, she graduated from the Wisconsin Female College in Fox Lake, Wisconsin (later Downer College) and made her way to Salt Lake City to work as an assistant to the principal and as a music teacher at the Salt Lake Collegiate Institute (now Westminster College). She was soon promoted to be the principal and worked in this capacity until 1884. During this time, Emma also served as the first president of Children’s Service Society of Utah and was elected as the first woman regent at the University of Utah in 1896. Four years later, she would earn a B.S. degree from this institution. At the age of 40, Emma met and married John McVicker, an assayer, in 1886, and they lived at 136 East South Temple in Salt Lake City. 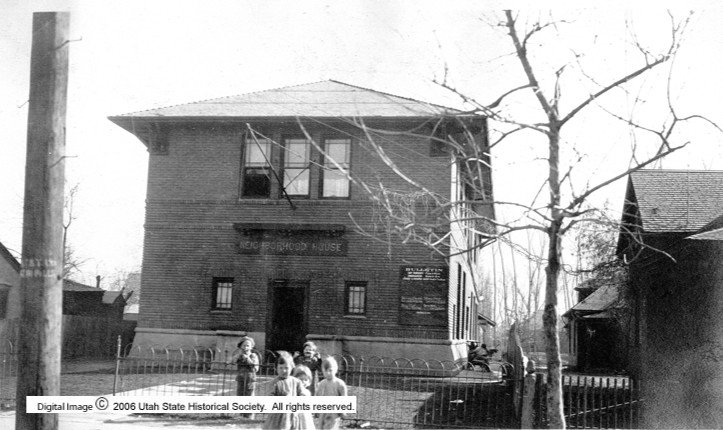 In addition to her work with kindergarten-age children and their mothers, Emma was Utah’s first woman to be state superintendent of schools. It would take 109 years for another woman to serve in this position in Utah. Yet, Emma’s path to the superintendency was not straightforward. In 1895, she was nominated by Utah’s Republican Party to serve as the state school superintendent of education; however, the state court ruled that women could not yet vote or run for elected office at that time since the state constitution granting women’s suffrage had not yet been signed.

Her reports show she believed that children should be active participants in learning subjects rather than passively absorbing information.

However, five years later, Dr. John R. Park, the then state superintendent of education, died before finishing his term. A news article from this time indicates Governor Heber Manning Wells had originally considered A. C. Nelson to serve in Park’s stead, but “Mr. Nelson declined in favor of Mrs. McVicker for the reason that he considered she had prior claim on account of her being the nominee of the Republican Party.” So on October 8, 1900, Governor Wells appointed Emma to complete the remaining three months of Park’s term.

During her short appointment, Emma visited schools in many Utah counties. Her reports show she believed that children should be active participants in learning subjects rather than passively absorbing information and that more classroom instructional time should be spent on children developing their creative and emotional expression. She also advocated for lowering the school age to five years old and for children to spend their first two years of school in kindergarten. Anticipating that there would be a great demand for skilled kindergarten teachers, she encouraged young women to receive formal teacher training,

Emma was involved in other civic and community causes, too. She was elected in July 1896 to be an official critic of the Utah Women’s Press Club. She also served as the secretary of the State Republican League and president of the Women’s Federation of Clubs of Utah, and was a member of the Women’s Literary Club. She was involved in the suffrage movement and helped host Susan B. Anthony and Reverend Anna Shaw during their May 1895 visit to Utah to attend the Rocky Mountain convention of the National American Woman Suffrage Association (NAWSA).

After her tenure as state superintendent of schools, Emma earned her M.S. degree at the University of California in 1905 at the age of 59. In 1907, Emma’s husband died in Salt Lake City. After his death, her passport application and her will indicate she traveled abroad and collected fine arts and textiles. She died in Berkeley, California, on June 9, 1916, bequeathing money to various charitable organizations. She specifically donated money to the University of California to start the McVicker Loan Fund to provide no-interest loans to young women who were working their way through university. This loan was to be repaid after the women found work and earned salaries. She also left money to the Oakland, California YWCA chapter and to The Woman’s Board of Foreign Missions of the Presbyterian Church to provide scholarships to young women at the Indian Schools of California.

Emma is buried next to her husband in the Mt. Olivet Cemetery in Salt Lake City.