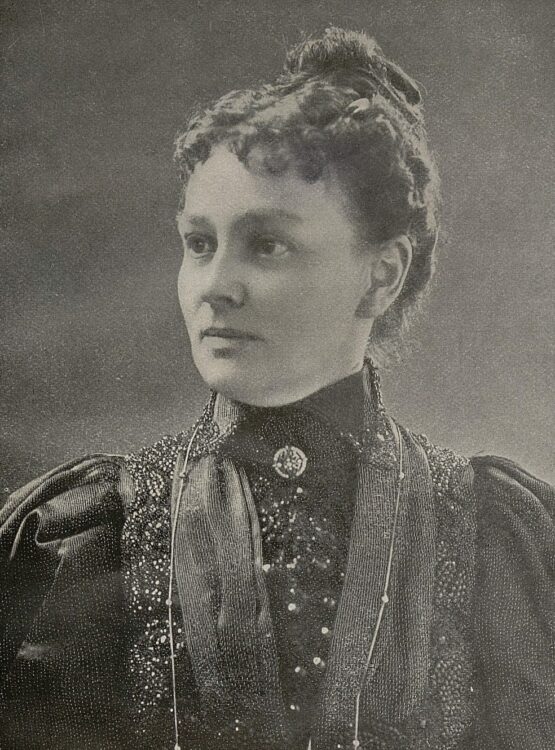 In Salt Lake City at the end of the nineteenth century, Eurithe LaBarthe left her mark on Utah history as a prominent clubwoman, a literary leader, and one of Utah’s first women legislators. A native of Peoria, Illinois, she married Jules LaBarthe on July 10, 1873, and later worked as a high school teacher and a principal in Colorado Springs, Colorado. They moved to Salt Lake City, Utah in 1892, and although she was a non-Mormon in a predominantly Mormon community, she rapidly became a leader among the women in the city. She was elected as president of the Ladies’ Literary Club in 1896 and managed the building of the clubhouse for that organization. During that same year, she successfully ran for the state House of Representatives in the first election in which women could run for office in the new state of Utah. She was elected to the first state legislature on November 3, 1896, along with Sarah E. Anderson, and served her term from January 1897 to January 1899. 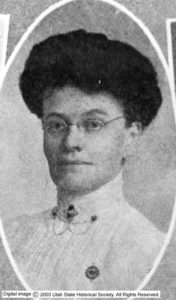 While serving in the Utah House of Representatives, Eurithe was the chair of the Education Committee and authored the “High Hat Law,” which became her most memorable legislative contribution. The bill compelled women to remove their hats in the theater, opera house, and other indoor public “places of amusement” where they might obstruct the views of others. Women could be fined from one to ten dollars for violations of the law. The law, which was criticized by some at the time as an example of women’s frivolous interests in politics, was defended by others as an important public service because large hats with waving feathers and flowers were fashionable at the time. She also introduced a bill establishing a curfew for children, which the House rejected. Additionally, she drafted a memorial to Congress requesting that the federal Industrial Home, which was originally built as a refuge from polygamy but had stood empty for several years, be granted to the state for educational or charitable purposes.

Following her legislative service, Eurithe served on the committee to organize the Utah State Historical Society. She moved to Denver soon after and became involved in women’s club work there as well, serving as treasurer and as chair of the finance committee for the Woman’s Club, an organization of over 1000 members. She died suddenly of pneumonia while visiting her son in Salt Lake City on November 22, 1910 and was buried in Colorado Springs, Colorado. In congratulating the women elected in the 1896 election, the Woman’s Exponent had stated: “These are all women in the prime of life, with good mentality and manifest activity, and capability in other positions, and it seems a foregone conclusion that they will . . . do honor to the cause of equal suffrage.”[1] Eurithe LaBarthe did indeed do honor to the cause of women’s suffrage by actively engaging in the political process in Utah and paving the way for future female lawmakers.

Rebekah Clark holds a law degree from J. Reuben Clark Law School and a bachelor’s degree in American History and Literature from Harvard University, where she wrote her honors thesis on Utah’s participation in the national women’s suffrage movement. She is a member of the Mormon Women’s History Initiative Team and the Historical Research Associate for Better Days 2020.