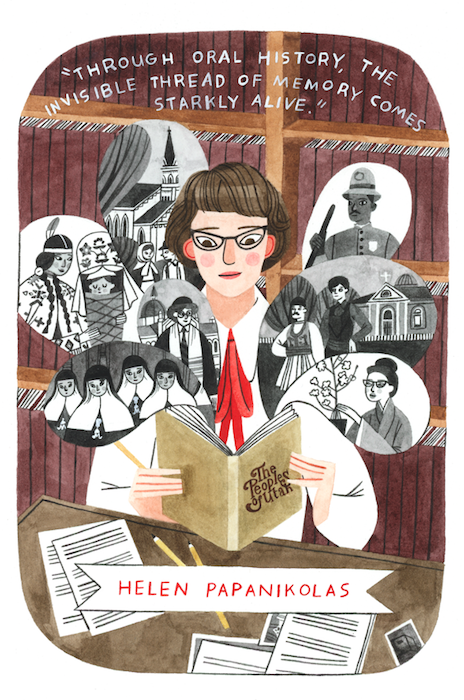 Helen Zeese Papanikolas devoted her life to expanding the story of Utah. By documenting the histories of immigrants and the various ethnic communities of Utah, she promoted an inclusive view of Utah’s diverse heritage and history. Her work sparked a new, fuller kind of history that emphasized the value and importance of everyday people and ways of life. 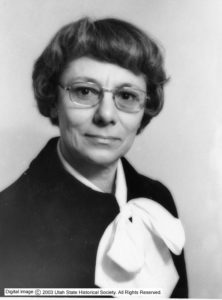 Helen Zeese was born on June 29, 1917 in Cameron, Utah to Greek immigrants George and Emily Zeese, the second of four daughters. The Zeeses soon moved to Helper, Utah, a mining and railroad town with a diverse population of immigrants from Ireland, Japan, Italy, Serbia, Greece and elsewhere. Helen learned Greek folk traditions from her family and “American” culture from an Irish neighbor who introduced the Zeese family to raisin oatmeal cookies and encouraged Emily to send her daughters to YMCA Sunday School.

Like many other children of Greek immigrants, Helen attended Greek school in the afternoons–but she hid her Greek books at the back of her elementary school desk so she wouldn’t be teased by her classmates.[1] Life in Helper was never quiet, with miners’ strikes, mining disasters, and conflict between different ethnic communities. When Helen was 8, the Klu Klux Klan burned a cross in the Helper railroad yard and warned white girls not to work for Greeks. Helen’s father brought two of his cousins to live with the family as bodyguards to protect his daughters.[2 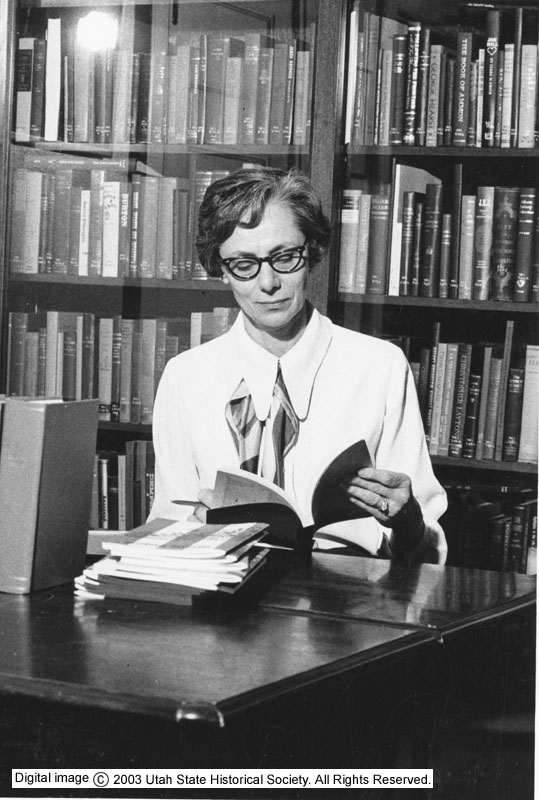 In 1933, the Zeeses moved to Salt Lake City, where George opened a grocery store. Helen graduated from East High School and enrolled in science courses at the University of Utah to pursue her dream of becoming a doctor. Although she graduated in bacteriology and worked as a medical technician, Helen’s true talent and passion lay in writing. She had been involved with the literary magazine at the university, and several professors encouraged her to pursue writing as a career. Helen did continue to write novels and short stories after her marriage to Nick Papanikolas in 1941.

Helen’s memories from “Greek Town” in Helper inspired her first history article, “The Greeks of Carbon County,” which appeared in the Utah Historical Quarterly in 1954. This article began a change in the way historians thought about and wrote about Utah’s past. Long before other writers began to do so, Helen recognized the need to include the stories of all people in the history of a place, not just those of the dominant culture. This was telling history from the bottom up instead of the top down. It emphasized the perspectives of everyday people who lived and loved and worked in a community, instead of only talking about prominent political leaders.

Helen was a deft interviewer, asking thoughtful questions to draw out rich details of people’s lives. Her approach to history was eventually adopted throughout the historical profession as historians began to examine and reinterpret old stories through the lives of women, ethnic minorities, and those living in poverty. For the American Revolution Bicentennial in 1976, Helen was chosen to compile and edit a book devoted to the diverse cultural groups of Utah called The Peoples of Utah. Helen worked with members of each community, including Japanese Americans, Hispanics, Jews, African Americans, and more to tell their stories in print, many for the first time. 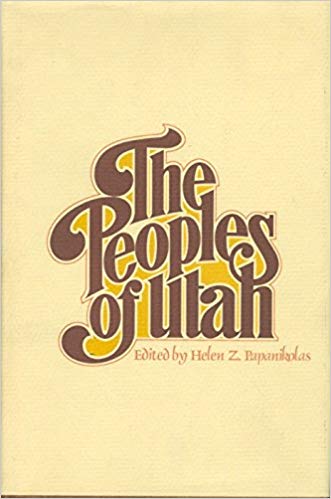 Cover of The Peoples of Utah.

Helen later founded the Peoples of Utah Institute to gather and share the stories of Utah ethnic minorities. This laid the groundwork for the Hellenic (Greek) Cultural Museum in Salt Lake City. Her work with a wide variety of cultural groups in Utah won her many awards, such as the Japanese-American Citizens League Award, the Brotherhood Award of the National Conference of Christians and Jews, and a Distinguished Alumna Award from the University of Utah. Besides Helen’s own research and writing, she nurtured and mentored a younger generation of historians in Utah, many of whom went on to teach at the state’s universities or work in the State Division of History. Helen and Nick established scholarship programs for minority students at the University of Utah and the College of Eastern Utah.

Helen also volunteered extensively. She served as a member of the board of the Utah State Historical Society, and volunteered with the Children’s Service Society, the University of Utah Library, the Utah Endowment for the Humanities, and several church groups. She was the author of seven books, both fiction and non-fiction, and won the Utah Fiction Prize in 2000 for her novel The Time of the Little Black Bird. Helen loved being a Utahn, and her attachment to the people and scenery of the mountain west helped make others proud of their home state and home communities. Throughout her life, Helen “made it impossible to ignore the complexities of Utah’s past and present”[3] by showing interest in the lives of all Utahns.

Many thanks to Phil Notarianni, former director of the Utah State Historical Society, for sharing information about Helen. Phil was mentored by Helen early in his career.