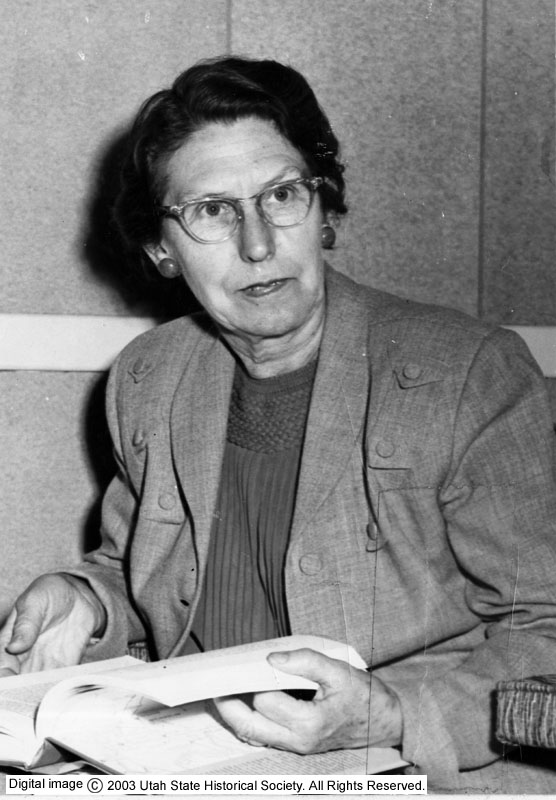 Famed Utah historian Juanita Brooks is best known for her research and account of the events and life in Southern Utah, especially of the Mountain Meadows Massacre. Born in Bunkerville, Nevada on January 15, 1898 to Henry Leavitt and Mary Hafen, Juanita married Ernest Pulsipher in 1919. A little more than a year later, Ernest died of lymphoma, leaving her with an infant son. She then attended Dixie Junior College in St. George before earning a degree at Brigham Young University.

After graduation, Juanita moved to St. George, Utah, to become an instructor of English at Dixie Junior College. Later, she worked as the Dean of Women. During a sabbatical from 1928-1929, she obtained her master’s degree at Columbia University in New York City. In 1933, she resigned from her position after her program was cut and to marry widower Will Brooks who had four sons. The couple would have four additional children, a daughter and three sons.

Outside of caring for her large family, Juanita worked late at night researching the people in the region where she lived. She served on the board of the Utah Historical Society for 24 years and spent significant time collecting diaries and records of early Utah settlers in Southern Utah and organizing a Utah library of Mormon history. She collected pioneer diaries for the Works Progress Administration (WPA) and the Huntington Library. This research led to an interest in studying the Mountain Meadows Massacre that occurred near St. George in 1857 and led to her receiving a Rockefeller Foundation grant and researching for 15 years. She published The Mountain Meadows Massacre in 1950 and John Doyle Lee: Zealot, Pioneer Builder, Scapegoat in 1961.

“The books demonstrated that Mormon militia, acting upon prior orders, assisted Indians in the treacherous massacre of California-bound emigrants in 1857 and that John D. Lee, tried and executed for the massacre, was unfairly singled out from a number of responsible officers. Characterized by impeccable research and deep compassion, these works showed that the massacre was a tragedy for the Mormons as well as for the emigrants who died at their hands. Courageously defying leaders of her church who would have preferred to leave the topic unstirred, Brooks became a symbol of intellectual independence in a faith noted for its emphasis upon conformity.”[1] 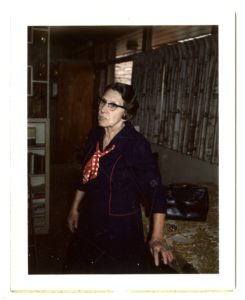 Worried that she would face discipline from The Church of Jesus Christ of Latter-day Saints for her work, Juanita stated in the introduction of the Mountain Meadows book, “This study is not designed either to smear or to clear any individual; its purpose is to present the truth. I feel sure that nothing but the truth can be good enough for the church to which I belong.” No official church discipline occurred; however, Juanita and her family felt ostracized by their local congregation and by some church leaders. Since then, the Church has published materials about the massacre that build on Juanita’s work.

Juanita wrote numerous historical articles and a total of 16 books plus was co-author of three others. She also compiled many family narratives, including a biography of her grandfather, Dudley Leavitt, and her own autobiography entitled, Quicksand and Cactus: A Memoir of the Southern Mormon Frontier.

A recipient of many awards and recognitions, Juanita received a distinguished service award from the Utah Academy of Arts, Sciences, and Letters and honorary doctorates from Southern Utah State College, Utah State University and the University of Utah. She died in 1989 from complications of Alzheimer’s Disease.