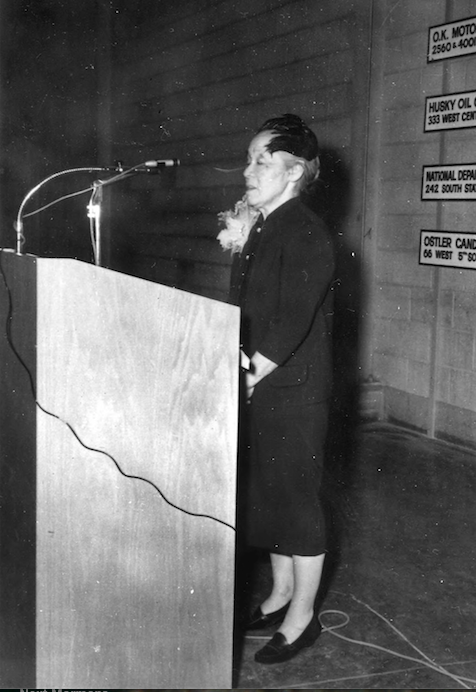 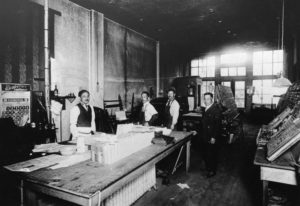 Kuniko Muramatsu Terasawa immigrated from Japan to the United States in the early 20th century and was known as “Issei,” a name for first-generation Japanese Americans. In 1921, she married Uneo Terasawa, the creator of Salt Lake City’s Japanese American newspaper, The Utah Nippo, which she typeset, edited, reported and published with him. Uneo died in 1939, leaving her with the responsibility of running the newspaper completely by herself amidst the growing animosity towards Japanese Americans. 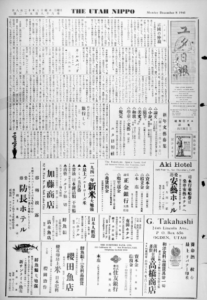 In addition to other discriminatory laws and practices, all periodicals published by Japanese or in the Japanese language were outlawed after Japan’s attack on Pearl Harbor in 1941. However, The Utah Nippo was able to avoid a shutdown and continued to keep circulating to relay important information regarding relocation, curfews, and various new rules for Japanese Americans. The Utah Nippo started as a daily newspaper for over 30 years, then went to weekly, and eventually to whenever an issue was ready, as Kuniko still used traditional typesetting to publish the paper with traditional Japanese symbols. 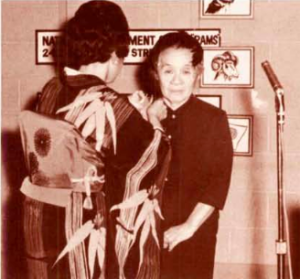 Besides running a daily newspaper, Kuniko helped other Japanese immigrants adjust to life in Utah and kept them in the know about current events. She often helped the Japanese consuls navigate the complicated task of Japanese visitation to America in the years after the war. For her efforts, Kuniko was recognized in Japan as a powerful and generous woman by those who travelled to America, and she was given many awards by Japanese officials. One award Kuniko received was from the Avon Josei Bunka Center in Japan. She used the money from the award to set up a scholarship at the University of Utah. Alice Kasai, historian of Japanese Americans in Utah, often wrote about Kuniko and said that after all of her 95 years of life, she had “earned her rest and a peace in Buddha’s Nirvana.”