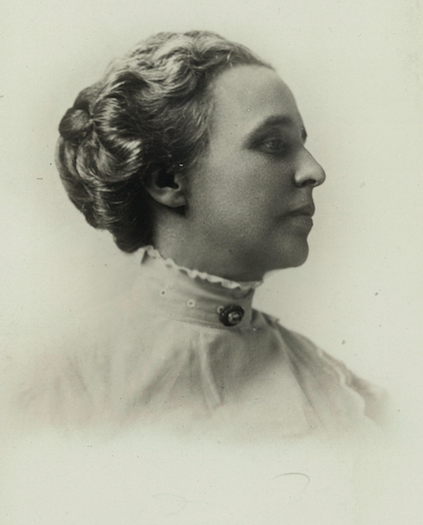 Margaret Zane Witcher Cherdron was a leading politician and suffragist in the early decades of the 20th century.  She became one of the first women in the United States to be elected as a presidential elector (in the Electoral College), and also worked with the Congressional Union (later known as the National Woman’s Party) where she advocated tirelessly for a federal amendment to the Constitution granting equal suffrage to women.

Born in Illinois in 1867, Margaret moved to Utah as a teenager. Both of her parents became prominent members of Salt Lake society; her mother Margaret was active in the Industrial Christian Home movement and her father Charles became Chief Justice of Utah Territory’s Supreme Court. Margaret was active in the Young Ladies’ Aid Society of Salt Lake, a service organization dedicated to relieving the needs of the poor, where she served as the organization’s treasurer and secretary. In her twenties, she worked as a teacher in the intermediate department of the 7th district school in SLC. In August of 1893, Margaret married John Witcher and in 1901 she gave birth to her only child, a daughter whom she named Zane. John died in 1904 and Margaret married Otto Phillip Cherdron in 1913.

A well-known member of Salt Lake society, Margaret was active in the Women’s Republican Club as well as the Spirit of Liberty Chapter of the Daughters of the American Revolution. She also worked as a deputy clerk in the Salt Lake County Clerks’ office. As the election of 1908 approached, Margaret ran for Salt Lake County Clerk, acting as her own campaign manager, and won![1] A bouquet of pink carnations was waiting for her when she arrived at the county offices for her first day as an elected county official, sent by an anonymous “well-wishing friend and admirer”.[2]

One of Margaret’s first actions after assuming the position was issuing an edict that banned smoking within the clerk’s office.[3] After serving for 2 years, she was re-elected to the same office in 1910. During that second campaign, Rose Ward of Salt Lake wrote the following lyrics to a popular tune as an endorsement of Margaret’s re-election:

“You will find her ever working, Never shifting, never shirking, From the task she has begun. In her office there is order, All her help feel kind toward her, For they know that she is doing all she can.”[4] 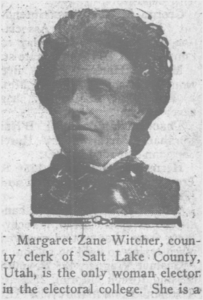 Once she announced that she would not seek a third term as county clerk in 1912, Margaret considered running for State Treasurer. She was nominated as a candidate during the state Republican convention, but lost the party nomination by only 16 votes. However, Margaret was nominated to represent Utah in the presidential electoral college, and won election later that year.[5]

This position marked the beginning of Margaret’s rise to national prominence. Vice President James Sherman died less than a week before election day, so there was some discussion that Republican electors in Utah and Vermont could cast their votes for Margaret for Vice President.[6] But the Republican Party officially named a different replacement for Sherman on their ticket before the Electoral College met.

Still, in January 1913, Margaret became the first woman to deliver the electoral vote for a state to the U.S. Senate in Washington D.C.[7] Utah and Vermont were the only 2 states that voted to re-elect William Howard Taft, and Margaret was personally introduced to the president and his wife Helen during her visit to the nation’s capital.[8] 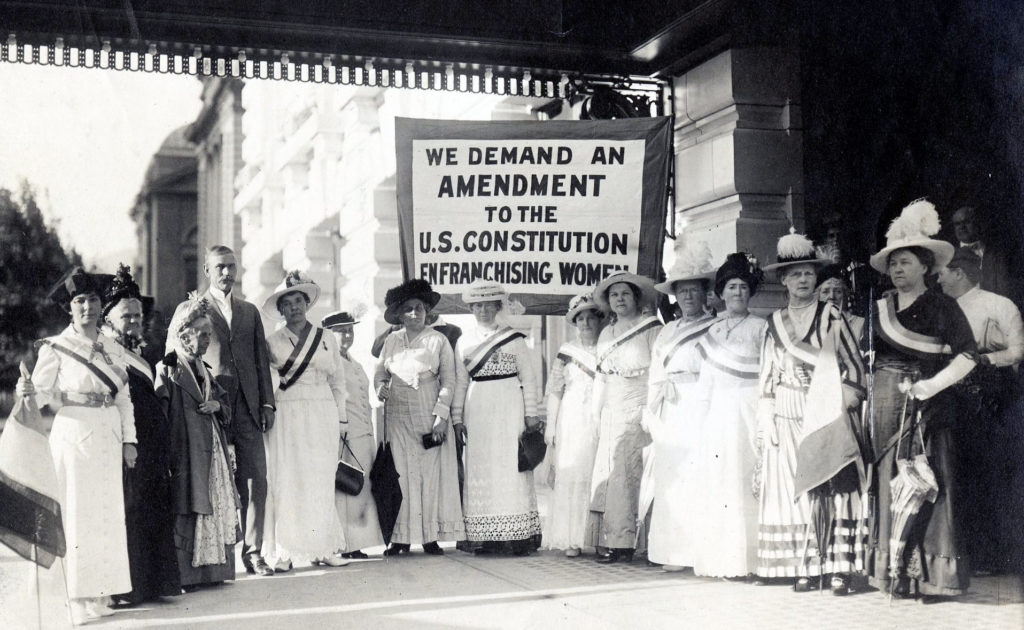 Margaret continued her work back in Utah by joining the newly formed Congressional Union for Women’s Suffrage. She served as the Utah chairwoman of the organization and was instrumental in lobbying Utah senators and representatives to introduce the Susan B. Anthony Amendment for equal suffrage in the 64th session of the U.S. Congress in 1915. (They did so but the Amendment didn’t pass.)

In December 1915, Margaret presided over a session of the first convention of the Congressional Union in Washington D.C.[9] The following year, she spoke at another national convention held in Chicago. Margaret welcomed national suffrage leaders like Alice Paul and Sarah Field to Salt Lake, and led local suffrage parades as well as petition signings.[10] The activism of women like Margaret helped propel the suffrage movement forward locally and nationally, ultimately resulting in the passage and ratification of the 19th amendment in 1920.

Margaret remained civically engaged throughout her life. She was a member of and held leadership positions in the Utah chapter of the League of Women Voters.[11] She also continued active membership for decades in the Salt Lake Business and Professional Women’s Club, an organization she had founded in 1913.[12] Margaret passed away in Salt Lake in 1955 and is buried in Springfield, Illinois.