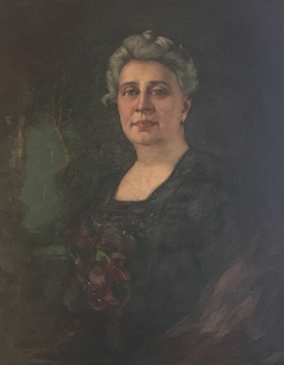 Mary Willis Martin Critchlow was an active community advocate dedicated to creating a vibrant, welcoming place for the women and girls of Utah. She used her status as the wife of an important member of the Salt Lake community to extend her sphere of influence far beyond family life – creating opportunities for Utah women that weren’t available anywhere else. Her legacy is the YWCA Utah’s 112-year commitment to serving Utah women and girls.

Born in Pennsylvania in 1859 to a Quaker family, Mary relocated to Utah with her husband, Edward B. Critchlow, in 1886 and made it her home. Edward was a prominent attorney and a member of the first Utah state legislature, and his success meant that Mary and her eight children had the means to live a life of great comfort. However, Mary’s strong Christian upbringing and generous nature caused her to give her time and resources to help other women and their families live strong, abundant lives. Despite personal tragedy, Mary’s endeavors flourished due to her determination.

In 1906, just a few months after the death of her six-year-old son, Mary and ten other women received the articles of incorporation for the YWCA of Salt Lake City. This was the 29th YWCA worldwide. The group began their work by operating a boarding house for young working women and a public cafeteria. Mary and other YWCA members would prepare food at home and deliver their dishes by horse and buggy to the cafeteria, where they were sold at an average cost of 22 cents each.

Within ten years of the YWCA’s inception, Mary’s boundless energy and ambitious vision helped transform an agency created with “no funds, no property, and little influence”[1] into a property worth $75,000 and employing a staff of nine. Under her leadership, the YWCA expanded to a local traveler’s aid society, women’s employment bureau, and a summer camp for women and girls. 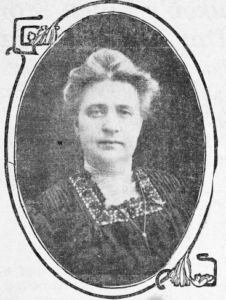 During this time of great growth for the YWCA, Mary’s mother, a long-time member of the Critchlow household, passed away in 1910. This tragedy, coming just three years after the death of her son, Edward Jr., caused Mary to approach her work with greater compassion and care. She threw herself into the work of the YWCA, and her remaining young children frequently accompanied her on her volunteer efforts, roaming the halls while their mother conducted business with the boarding house manager, cafeteria manager, or oversaw the construction of a new “clubhouse” for the organization. The clubhouse emphasized the YWCA’s new focus on “physical culture.” It included an indoor heated swimming pool—one of the first of its kind in the state.

Mary served on the board of the YWCA with passionate resolve from 1906 (serving as board president for close to a decade) until her death from pneumonia in 1930.

In fact, she once went so far as to smoke a cigarette at the Salt Lake Country Club –an act she detested, particularly among women –for a $25 donation to her beloved YWCA!

In 1916, Mary proudly noted, “It would be difficult to imagine the void which would exist in Salt Lake City if this organization should cease to be.”[2] Mary’s appraisal is as relevant as ever in the present day, as women like Mary—strong, compassionate women advocating for social change—continue the important work of YWCA Utah.

Amberlie Phillips is Chief Development Officer at the YWCA Utah.