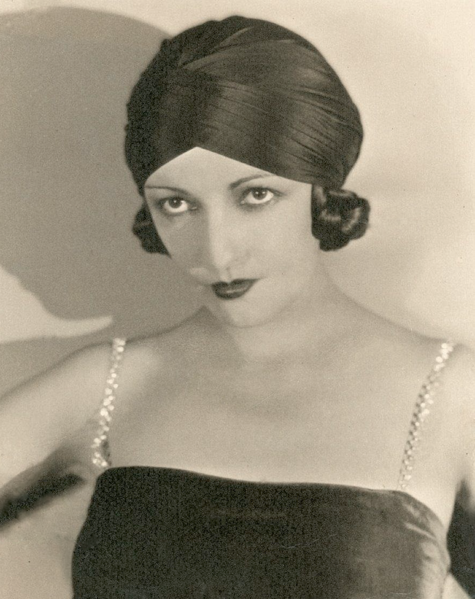 Winifred Kimball Shaughnessy was born in Salt Lake City in 1897 to a prominent family. Three years later, she moved to San Francisco with her mother, whose marriages to several high-profile and wealthy men gave them both the opportunity to travel and make important connections. These connections led to Winifred developing a successful career as a ballet dancer in New York City, where she adopted the Russian-inspired stage name “Natacha Rambova.” 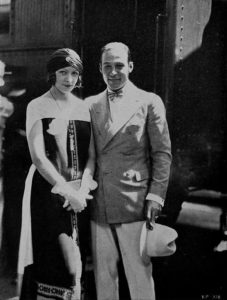 Natacha Rambova with Rudolph Valentino in 1925.

After a few years in New York, Natacha moved to Los Angeles and became a costume designer and art director for Hollywood films, one of the few women in Hollywood during the 1920s to serve as a head art designer in film productions. Her designs were grounded in historical accuracy and featured bright colors, baubles, bangles, shimmering draped fabrics, sparkles, and feathers.  During her work on a film, she met and later married Rudolph Valentino, a famous actor, who gave her the status of “celebrity.” Eventually, Rambova was blamed for Valentino’s film failures, and they divorced. She returned to New York City to pursue fashion design and writing, operating her own clothing store in Manhattan.

Natacha also often travelled to and lived for a time in Europe. It was there that she met her second husband, Álvaro de Urzáiz, a Spanish aristocrat. Even though the marriage only lasted a few years, her travels with him to Egypt and meeting an Egyptian archaeologist greatly influenced her interest in Egyptian culture and history. When she returned to the United States, Natacha  continued to learn about Egyptian culture, earning two Mellon grants to continue her studies on Egyptian symbols and belief systems. She published several articles on Egyptology, edited books, gave lectures, and taught classes on Egyptian mythology, symbolism and religion. 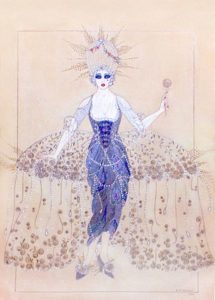 While Natacha claimed that she found her true passion in history and Egyptology, her legacy is marked by her famous husbands and her prominence in the fashion world. Her designs were incredibly influential and fashion historians often refer to her as an icon of the 20th century. She has been portrayed in several films and was depicted in American Horror Story in 2015.