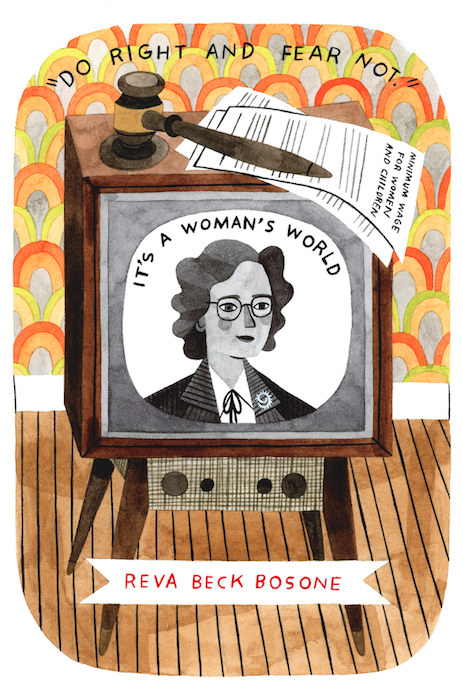 “Do right and fear not.” 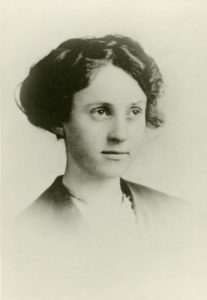 Reva Zilpha Beck Bosone has the honor of claiming several of Utah’s “first woman to”’s however, that’s only a small part of her extraordinary influence on the history and women of the nation. Reva Beck was born on April 2, 1895 in American Fork, Utah. Her parents, Zilpha and Christian, were humble owners of a hotel in American Fork and she had three brothers. Zilpha believed that a good education for Reva was just as important as an education for the boys in the family. With this, Reva started her education after high school at Salt Lake Junior College (Westminster College) and moved on to receive her bachelor’s degree from the University of California at Berkeley in 1919.

After graduating, Reva returned to Utah and became a high school public speaking, debate, and dramatic arts teacher at Ogden High School. In 1927, after 7 years of teaching and directing several clubs at OHS, Reva enrolled in the University of Utah College of Law. She met Joseph Bosone while in law school, and they were married in 1929. The Bosones were a prominent family within the Italian-American community in Utah, and Reva fully embraced her new heritage through marriage. She joined the National Italian-American Civic League, participated in many events for Italian-American heritage, and although reluctantly, used Bosone as her professional name. In 1930, Reva became the 4th woman to graduate from the University of Utah’s law school and 11th woman admitted to the Utah State Bar, and had her first and only child, her daughter Zilpha.

After a short period of practicing law with her brother in Salt Lake City, Reva followed Joseph up to Helper, Utah and they opened their private law practice Bosone & Bosone. The residents of Carbon County believed in Reva’s legal ability and moral responsibility enough to elect her to represent Carbon County in the Utah State House of Representatives in 1932. Two-year-old Zilpha was introduced to the world of politics at a very young age, as Reva often took her along for door to door campaigning throughout the county. Reva was re-elected in 1934, that time representing Salt Lake County, and was chosen as Majority Floor Leader of the House in the 1935 legislative session. While in the legislature, Reva sponsored many bills pertaining to labor laws, liquor laws, and safety provisions of trains and automobiles, as well as an amendment that established a minimum wage for women and children. 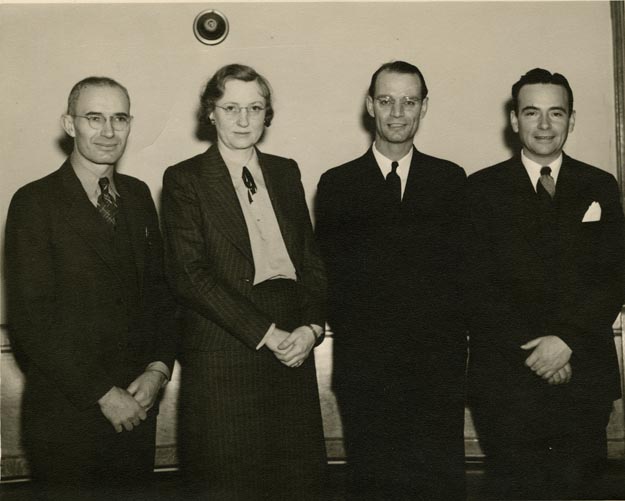 Her legislative success and leadership led to Reva’s election as the first woman judge in Utah when she was elected to the Salt Lake City judge’s bench in 1936. When asked what she thought of being the first woman elected asa judge she responded, “A lot of people say that’s no place for a woman, but I think a woman is peculiarly fitted to preside there.” She quickly became well known throughout the city for her high traffic violation fines and intolerance for drunk driving violations while she was in charge of police court. During her judgeship, she aired a 15 – minute radio show on an NBC affiliate network called “Her Honor, the Judge.” She used the program to speak about problems in Utah such as auto crimes and alcoholism, and also her relationship with the law. 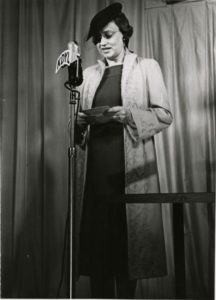 Eager to get back to lawmaking, Reva became a Democratic candidate for the United States House of Representatives in 1948 . She won, claiming another first as the first woman to be sent to Congress from Utah. She was one of the nine women, and 522 men, in the 81st congress. Her excitement was met with immense pressure to represent the women of Utah well, and inspire women all over the country to improve their status in American politics and society. In 1949 Reva spoke to women lawyers all over the country, urging them that all women should have the same rights as men, and that they needed to keep striving for equality. She ran for re-election in 1950 against fellow Utah woman Ivy Baker Priest. Priest was a Republican and had her own political successes both in Utah and nationally, however Reva’s reputation as a judge, friends in Congress, and democratic politics led her to victory again. 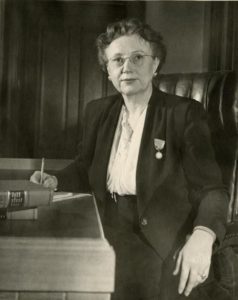 Reva’s congressional career consisted of several attempts to improve the citizenship of Native Americans, reinstate important conservation efforts, and sponsor water rights and usage bills for rivers in Utah and surrounding states. She was in contact with several Native tribes throughout her entire career and sponsored a bill in 1952 that started the efforts of furthering Native American citizenship rights. Reva supported legislation to improve funding for forest and national park services and to build dams for several Utah rivers to improve the water supply for Utah and surrounding states. Reva also hosted an award-winning 1952 television program, “It’s a Woman’s World,” where she focused on contemporary issues. 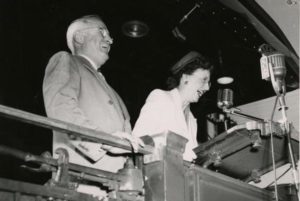 Even after her time in Congress, Reva remained active in politics and was an inspiration for Utah women. In 1961, she became the Chief Judicial Officer for the United States Post Office Department. She was living in the DC area which gave her the opportunity to be a part of many political and social movements of the decade. She voiced constant support for the women pioneering the Equal Rights Amendment, remained involved in many democratic women’s clubs and spoke on behalf of women at Democratic conventions and meetings regularly. 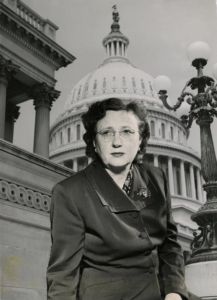 Following the resignation of U.S. Supreme Court Justice Arthur Goldberg in July 1965, many of Reva’s previous colleagues, current congressmen and congresswomen, and people all over Utah wrote to President Lyndon Johnson urging him to appoint Reva to the Supreme Court. Although President Johnson didn’t do so, he personally wrote a letter of thanks to Reva for all of her tremendous service and support of the country during his presidency. Reva died in 1983 after a long, successful career of supporting and inspiring women, and dismantling previously held ideas of what a woman couldn’t accomplish.