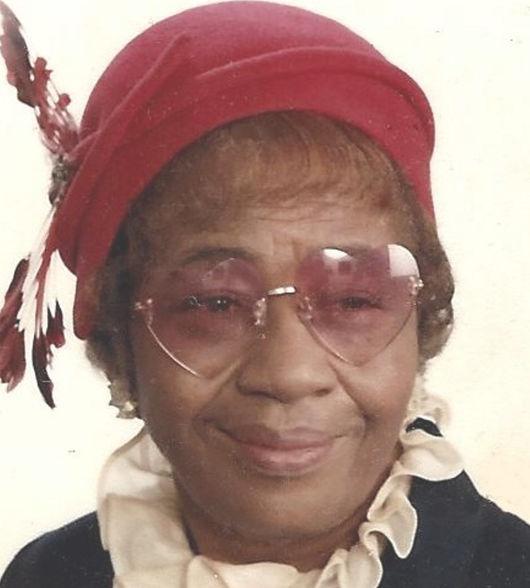 “Put [your energy] into doing what’s right, into making a difference, into changing people’s lives.”

Ruby Timms Price, known to her community as “Grandma Ruby,” was a community activist and teacher who made a big impact in Utah. Her daughter Marqueax Price-Black said after her death, “My mother was one of those women of color that, long before the movement, she was her own movement. She was accomplishing things based on her abilities and her love of God and love of people, and she never let anything hold her back.”[1]

Born in Texas in 1915, Ruby moved to Layton as a young woman and lived there for 73 years. During WWII, Ruby’s brother in the military went missing and she became determined to become a fighter pilot to find him. She quit her teaching job in Texas and left on a troop train heading to Utah, where she ended up working at Hill Air Force Base. She also volunteered at the recreation center for black civilian workers who lived on the base and campaigned for the center to get the same resources as the white one, which resulted in added sports teams and rec features. 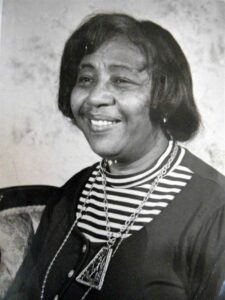 After the war, Ruby earned her masters degree at BYU and continued her teaching career at the Intermountain Indian School in Brigham City in 1950. She had applied for a position in the Davis County School District in the late 1940s, but the superintendent said, as she recalled, “‘We have never hired Negroes and we will not hire Negroes in the Davis School District.’” She responded, “I’m not asking you to hire Negroes. I’m asking you to hire me.”[2] Years later, after the civil rights movement helped change hiring practices, she did teach in the Davis School District as likely the first Black teacher in Utah.

Ruby loved children and wanted to help them reach their potential as a teacher. As her daughter recalled, “She loved to teach people that they could do anything they wanted to do.”[3] Ruby received the Huntsman Award of Excellence in Education in 1992. And 2011, the Davis School District named four scholarships after her for college-bound students of color who want to be teachers.

Grandma Ruby also worked to help children outside the classroom. She served as a Girl Scout leader for 60 years and started Scout programs for both girls and boys in Davis County. Ruby focused her time as well on helping disadvantaged students and school dropouts. She was sent as a delegate to White House Conventions for people with disabilities and served on the PTA board for her school, as well as serving on statewide ethnic advisory boards. Her passion for helping children stayed with her for her whole life; after she retired she often volunteered as a speaker for at-risk teens. 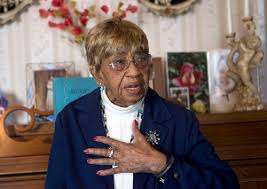 Although teaching was Ruby’s passion, she had a myriad of other noteworthy accomplishments in her life. She was the first Black woman to be awarded Utah Mother of the Year in 1977. Additionally, she served as the first president of the NAACP branch in Ogden when it began in the 1940s as the first NAACP in Utah. The NAACP honored her lifetime of service at a banquet in 2009. Ruby was also vocal in her political beliefs and served four terms as a chairperson of the Davis County Republican Party. Her political beliefs changed over time, though, and she campaigned for Barack Obama in 2008.

Ruby was recognized throughout her life for her constant work to better her community. She passed away in 2018 at the age of 102, having spent her life dedicated to educating kids and advocating for her beliefs. As her obituary stated, “Ruby loved life, working with young people and giving back to the community. She had love and respect for all people.”[4]

Sophie Dau is a rising senior at Rowland Hall and plans to study history in college.