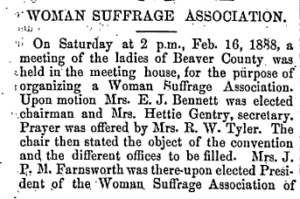 Beaver County organized a Woman Suffrage Association (WSA) just weeks after the Utah Woman Suffrage Association was formed in January 1889, and the Beaver County WSA was one of the most active throughout the years that Utah women worked to regain their voting rights. Women and men met monthly to sing, pray, and speak to each other about the importance of suffrage, as well as giving lessons and lectures on civic government and important political issues of the day. Monthly meetings also often featured musical presentations by singers and organists and recitations of poems or essays about women’s rights. The Beaver County WSA focused much of its effort on maintaining public support for women’s suffrage throughout the county, publishing a newsletter called “The Equal Rights Banner,” writing a weekly column in the local newspaper, the “Southern Utonian,” and entering carriages decorated with “Equal Suffrage” and “Equal Rights” banners in local 24th of July parades. Julia P. M. Farnsworth was elected first president of the WSA, with S. C. Maeser, Ida Marshall, M. A. Tanner, Lu F. Mansfield, M. Johnson, A. W. Farnsworth, Sarah M. Dell, E. J. Bennett, Harriet Farnsworth, Mary Fernley, Annie Gunn, Stella Barton, and A. Cannon filling leadership roles in the presidency and executive committee. 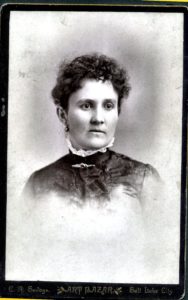 Julia Permelia Murdock Farnsworth, a community leader and suffragist, was elected the first president of the Woman Suffrage Association of Beaver County. She spoke at the association’s first meeting saying, “I wish to tell you plainly the position I take here to-day. I am a friend of humanity, which comprises men and women; they are inseparable; the one is dependent on the other; neither alone can form a perfect home, community, or nation…Some say it will make division in the family for the wife to have a voice in the body politic; I say it will not. Where is the husband who does not trust, love and admire an intelligent, self-reliant wife? Where are the children who do not respect and reverence an able, competent mother who can…advise, instruct and guide them in an intellectual way?…God grant that..the last link in the chain of political vassalage which binds woman to the dark ages of the past, shall be broken, forever abandoned, and the subject of woman suffrage properly adjusted, and free and equal rights given to all.” 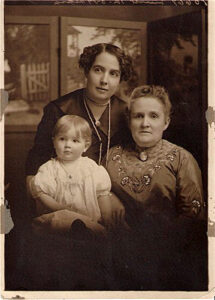 Farnsworth’s efforts helped bring her hope to fruition in the equal suffrage clause of Utah’s state constitution adopted in 1895 and ratified in 1896. Later, in 1903, as regent of the Utah State Society of the Daughters of the Revolution, Farnsworth raised money and produced Utah’s first-ever state flag for the parade of states at the St. Louis World’s Fair. Farnsworth’s house and barn in Beaver are on the National Register of Historic Places. 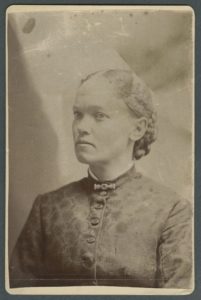 Ruby Lamont wrote an article on women’s rights that was published on the front page of the Woman’s Exponent in February 1889, the same month that the Woman Suffrage Association of Beaver County was organized. In her article, Lamont shared her thoughts about the difficulties the movement had faced and her optimism that a better day was coming for women. “This movement has met with slurs and opposition at every step,” she wrote, “just has every truth has always been opposed by its adversary; but notwithstanding opposition and misrepresentation and denouncement, even by women themselves, it has made a very marked progress within the last fifty years…All hail, then, to the women’s movement! May it spread over all the land, and its spirit enter every heart that desires to see the triumph of Right and Justice!” 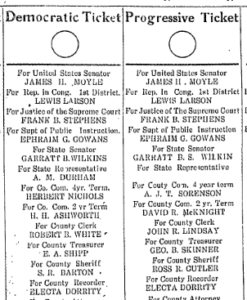 Electa Murdock Dorrity was born in 1870, the year Utah women citizens first gained the right to vote. She lived in both Beaver and Sevier Counties as a child, and started her own family in the town of Joseph, Utah after marrying Francis Dorrity. Eventually, the family moved to Minersville in Beaver county. Electa was the mother of 11 children, the youngest of whom was born in 1911, the same year her husband passed away. Electa ran for county recorder in the 1912 election on the Progressive ticket but was defeated by the Republican candidate Agnes Edwards. She ran again in 1914 and was elected as the candidate for both the Democratic and Progressive Parties.She was once again successful in the 1916 and 1918 elections. Electa passed away in 1927 and is buried in the Minersville Cemetery.

On February 16, 1889, the ladies of Beaver County met to form a Woman Suffrage Association to work toward securing voting rights for women in a future Utah state constitution. The association met monthly through 1895.

Sarah M. Dell of Beaver City sent a petition to the 1895 constitutional convention asking for an equal suffrage clause to be placed in the constitution to re-enfranchise Utah women. She collected 272 signatures for the petition besides her own and sent it to Beaver County delegate John R. Murdock, who presented it at the convention on April 11, 1895. 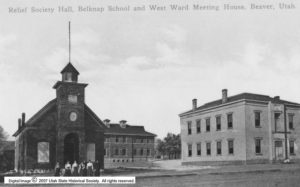 Built by the Relief Society, the women’s organization of the Church of Jesus Christ of Latter-day Saints, the Relief Society Hall provided a place for women to gather, work, pray, and speak in public. The Woman Suffrage Association of Beaver County held meetings here.