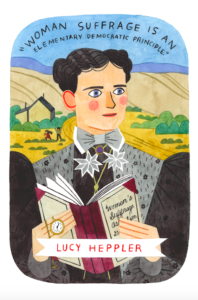 Lucy Heppler was the driving force behind the suffrage movement in Sevier County in the 1890s. Her advocacy for children and women spanned decades and influenced hundreds of lives. Lucy’s family also played an important role in Utah’s ratification of the 19th Amendment. Read our longer biography of Lucy here. 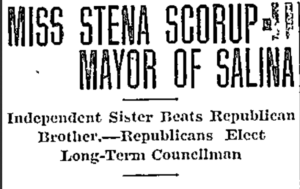 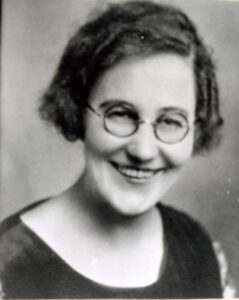 Mary Christina “Stena” Scorup was elected mayor of Salina in 1921, beating out her brother by 14 votes. Scorup was a respected English teacher at North Sevier High School and had been active in civic affairs for years when she was nominated for mayor on the Citizen’s Party ticket. The local newspaper reported that “she decided to accept the nomination offered her because she felt her acceptance would at least add variety and novelty to the life of the town.” “I did nothing to the success for my race to the mayoralty,” she said, “I even campaigned for my brother.” When she won in the end, her brother was the first to congratulate the new mayor-elect. Scorup said she would work for good roads and an improved water system for the town. She held a teaching certificate from the University of Utah, a bachelor’s degree from Utah State Agricultural College (now Utah State University), and a master’s degree from Brigham Young University. 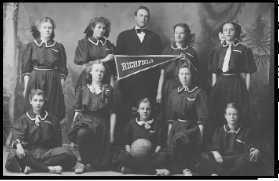 Alta Johnson was born in Circleville, Utah in 1894. In high school, Alta was a member of the debate and girls basketball teams, and her 1914 class was the first class to graduate from the new Richfield High School. 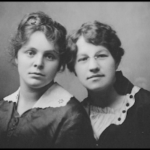 After graduating, Alta served an LDS mission to the Eastern States. She was married to Joseph Erickson in 1916 and soon had her hands full with 3 daughters. When Alta’s marriage ended in divorce, her sister helped pay her tuition to cosmetology school so Alta could become a beautician. She opened beauty parlors in Richfield, Roosevelt, and Price, where she worked for 13 years as the sole provider for her family. Alta later opened the Stylart Beauty Salon on the mezzanine level of the Hotel Utah, which remained open until the hotel closed in the 1980’s. 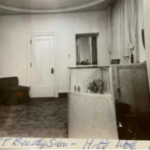 interior of the Stylart Beauty Salon in 1937. Courtesy of Elaine Wayland.

In 1938, Alta married Gordon Howard and the couple moved to Bountiful, Utah. In addition to her business, Alta was civically engaged as well. She was an active member of the League of Women Voters, The Women’s Legislative Council, and The American Legion. When her husband passed away in 1979, Alta returned to live in Richfield, Utah. She experienced life in 3 centuries; born in 1894 when women could not vote in most of the country, she lived the entirety of the 1900’s and passed away in the year 2000 at the age of 105. She grew up with first-hand experience of the national suffrage movement, and knew the importance of voting and of women holding leadership roles in government and in local communities. She faithfully voted every year once being eligible to do so, arriving at the polls the last few years of her life in a wheelchair. Her tenacity, work ethic, and civic engagement influenced the lives of many. She left behind a great example of working toward the future with experience from the past.

Thank you to Elaine Wayland for sharing her grandmother’s story. 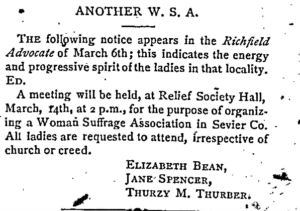 A branch of the Utah Woman Suffrage Association was formed in Richfield for Sevier County on March 14, 1889, just two months after women in Salt Lake City had organized the territorial suffrage association.

On March 18, 1895, the territorial Woman Suffrage Association presented a petition to Utah’s constitutional convention. The petition reminded convention delegates that women had previously voted 17 years without problems, that both political parties had pledged to restore women’s voting rights, and that women were watching to make sure delegates kept those promises. Celia E. Bean was there in Salt Lake City to sign the petition on behalf of her fellow Sevier County suffragists.

The Sevier County Woman Suffrage Association was organized in Richfield’s Relief Society Hall in 1889. The county WSA likely continued to meet in the hall through 1895.