The Summit County Woman Suffrage Association was organized on May 30, 1889 in the Coalville Tabernacle. Forty women joined the WSA at that meeting. 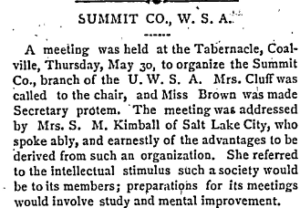 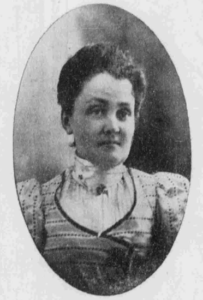 Elizabeth Cohen was born in New York City and lived in Park City for a short time after she first came to Utah in the 1880s. She assisted her husband Joseph in his duty as Park City registrar, and became very active in progressive women’s clubs and politics when they later moved to Salt Lake City. She even canvassed door-to-door in Salt Lake City during the 1896 election to get out the vote. In 1900, Cohen was selected as an alternate for the Democratic national convention held in Kansas City, and circumstances changed such that ended up serving as a delegate. This made her the first woman to serve as a delegate to a national political convention.

At the convention, Cohen seconded the nomination of William Jennings Bryan for president. As she made her way to the stage, accompanied by Senator Rawlins of Utah, she received the cheers and tribute of 20,000 conventioneers. Newspapers reported that “when the only woman delegate appeared in front with Chariman Richardson at her side, where all could see her, the uproar doubled in volume. Men and women stood up in their seats, waving flags, others beat the floor and the backs of seats with canes, some whistled and in the midst of all the commotion the band struck up ‘The Star Spangled Banner’.” Cohen continued her political involvement after her moment of fame, remaining active in party politics, serving as president and later secretary of the Utah Council of Women, which worked to secure a national women’s suffrage amendment, and proudly marching up Salt Lake City’s Main Street in 1915 with suffragists from the National Woman’s Party.

Article in the July 6, 1900 edition of the Salt Lake Herald-Republican.

On July 5, 1900, Elizabeth Cohen represented Utah at the national Democratic convention in Kansas City. She was the first woman to serve as a delegate to a national political convention, and received cheers and applause when she made a short speech to second the nomination of William Jennings Bryan for president of the United States. 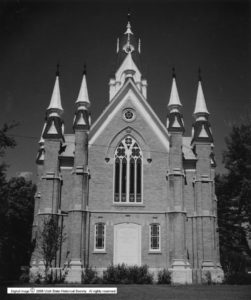 The Summit County Woman Suffrage Association was organized on May 30, 1889 in the Coalville Tabernacle.