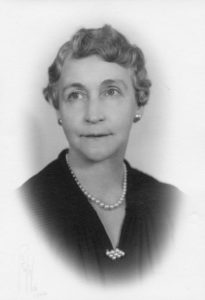 Cloa Pearl Huffaker Clegg was elected to one term in the Utah State House of Representatives in 1920 to represent her hometown of Midway and Wasatch County. She had been a schoolteacher in Heber and a member of the Utah Women’s Legislative Council.

Grace Thelma Garff was elected to two terms in the Utah State House of Representatives in 1936 and 1938. Before her service in the legislature, Garff earned a degree in Utah State Agricultural College (now Utah State University) and taught school across the state before training educators at the University of Utah. As a member of the state legislature, Garff vowed to be “tolerant and fair, to keep an open mind, to keep from saying unkind things, to maintain standards of right living and to battle greed, selfishness, misery, and idleness.” 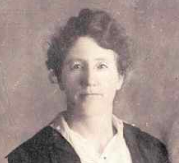 Lavina Averett was born in Heber, Utah in 1867 where she spent her childhood and young adult life. She married Nelson Murdock in 1894 and became the mother of 5 children. After the untimely death of her husband in 1903, Lavina began a career in public service. She was elected as Wasatch County Treasurer for 5 consecutive terms, from 1904-1914. She ran on the Republican ticket in most of her elections, but in 1908, she was a candidate for both the Democratic and Republican parties. In 1910, Lavina won “with a larger majority than any other county candidate” in Wasatch County. Since there were not many female county financial officers in the state, Lavina was often the only woman in attendance at state auditing and accounting conferences.

As her last term as county treasurer began to wind down, Lavina was elected as a member of the Wasatch District School Board in 1914, a position she held for 10 years. In 1916, she was also selected as the chairman for the Women’s Republican Club of Wasatch County. Lavina left Utah for a time, living in Chicago, New York, and Fairbanks, Alaska. When she returned to Utah, she lived in Salt Lake City for a time. She died in 1957 in Midway, and is buried in the Heber cemetery.

In the Utah Territorial Legislature, Representative Abram Hatch of Wasatch County moved that the committee on elections inquire into the propriety of bringing a bill granting suffrage to women citizens in the territory.