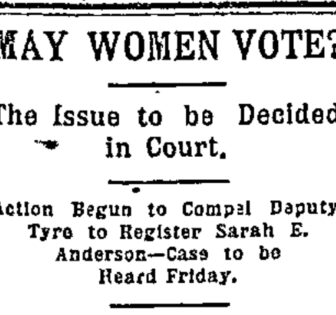 In August 1895, Sarah E. Anderson attempted to register to vote in the upcoming election on Utah’s proposed constitution. When she was denied, she brought a lawsuit arguing that women should be able to vote on the Constitution. She won in district court but lost at the Territorial Supreme Court. 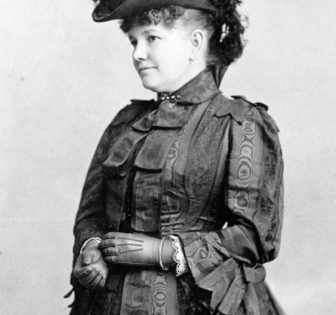 Sarah E. Anderson became one of the first two women elected as Utah State Representatives when she won election in Weber County in 1896. 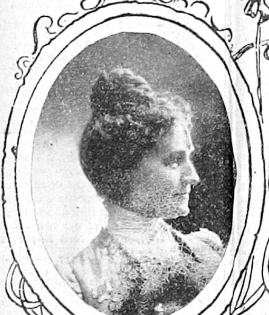 Mary Anna Geigus Coulter was elected as a state representative for Weber County. 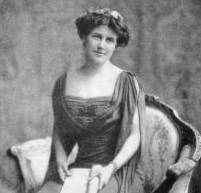 National suffrage leader Inez Millholland Boissevain held a Republican rally in Ogden in 1916 to urge the party to support women’s suffrage. Boissevain had led the 1913 suffrage parade in Washington, D.C. and collapsed and died just one month after her speech in Utah, considered a martyr for the suffrage cause. 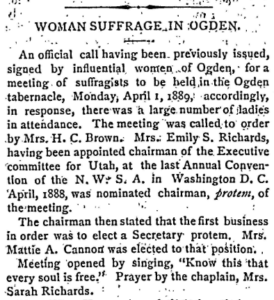 The Weber County Woman Suffrage Association was established on April 1, 1889, just a few months after the formation of the Woman Suffrage Association of Utah. As Weber County women gathered in the Ogden tabernacle, they appointed a committee to draw up a constitution and by-laws for the Weber WSA. Members joined by signing the constitution and paying a 50 cent membership fee, after which they appointed their first officers.

The Weber County WSA worked to educate women and regain the vote when Utah became a state. As President Stanford said at that first meeting: “Woman’s opinions and rights should be respected.” 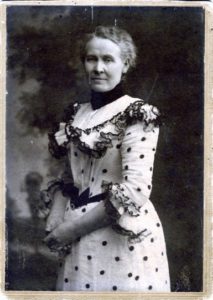 Weber County’s best-known suffragist, Emily S. Richards spoke for Utah women’s rights on a national stage in the halls of Congress and in suffrage conventions. She hosted Susan B. Anthony and Dr. Anna Howard Shaw when they held a suffrage convention in Utah in 1895. Read our article about Richards’ life and work here. 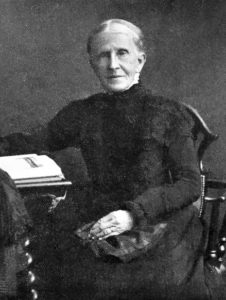 Jane Snyder Richards was a suffrage advocate locally in Ogden, and used her leadership within the Church of Jesus Christ of Latter Day Saints’ Relief Society to encourage women across Utah to take on more active roles in their communities and in politics. Richards was a board member of the woman-run Deseret Hospital and later served in the general presidency of the Relief Society. She represented Ogden at the National American Woman Suffrage Association in Washington with her daughter-in-law, Emily Richards, in 1891, and also led several mass meetings in support of suffrage in Ogden. Jane also testified in favor of equal suffrage to the Committee on Suffrage and Elections in Utah’s 1895 Constitutional Convention. A suffrage marker will soon be placed in her honor in Ogden. 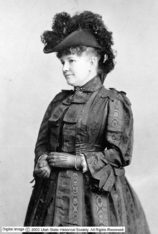 Sarah Anderson’s husband died in 1888, leaving her with five children and an agenda for change. A prominent and assertive woman with a strong belief in the equality of men and women, Anderson was eager to have a voice in government when the Utah state constitution was up for ratification in 1895. That August, she approached Ogden’s registrar, Charles Tyree, and asked to be registered to vote. She argued that Congress’ Enabling Act of 1894, which had invited Utah to apply for statehood, did not specify that only men could vote to ratify the state constitution so she had the right to cast a ballot as well. Tyree refused to register Anderson, but she sought a mandate requiring him to do so, which she was initially granted. However, the case was appealed to the territorial Supreme Court, which decided that women would have to wait for official statehood in 1896 in order to vote. Nevertheless, Anderson’s participation in politics did not end there. She decided to run as a Democrat for the House of Representatives in 1896 and was elected as one of the first three women legislators in Utah (the other two were state representative Eurithe LaBarthe and state senator Dr. Martha Hughes Cannon). Though little is known about Anderson’s specific activities while in office, her appearance in the legislature served as an inspiration and example for women at the turn of the century and thereafter. Unfortunately, Anderson died in 1900, shortly after finishing her only legislative term. Read our full biography of Anderson here. 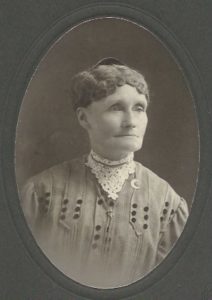 Elizabeth “Lizzie” Stanford was a prominent and active member of suffrage associations in Weber County and Ogden City. She worked closely with Emily Richards to promote Utah women’s enfranchisement and to gain recognition for Utah women from national suffragists. In 1877 she was the secretary and treasurer of the Weber County Relief Society, where she heard speeches from Emmeline B. Wells and Eliza R. Snow regarding women’s activism. The Relief Society was an avenue for her participation and activism in the following years. By 1889, Stanford had become the president of the Ladies Suffrage Association of Ogden, and by 1891 she was the secretary to Emily Richards for the Weber County Suffrage Association. 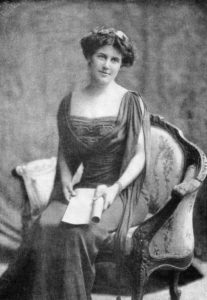 Inez Milholland, c. 1911. Photograph courtesy of the Library of Congress.

On October 17, 1916 a rally for the Women’s Republican Club was held at the Dee-Eccles building in Ogden to highlight the Republican party’s support for enfranchising American women though an amendment to the Constitution. Many women were in attendance from national as well as state suffrage associations, including Inez Milholland Boissevain, who had led the National American Woman Suffrage Association’s 1913 parade in Washington, D.C. Other attendees included Abby Scott Baker, Lucy Branham, organizer of the Women’s Party of Utah, and local suffragists such as Georgina Marriott, President of the Women’s Republican Club.

Inez Milholland spoke about the importance of working to enfranchise women nationally. Milholland’s speech reminded the women of Ogden that national leaders recognized their efforts on the local level. While Milholland and other leaders were in Ogden, they were introduced to many of Utah’s leading suffragists as well as the prominent women of the state. Unfortunately, Inez Milholland’s tour of the West was cut short only a week later when she collapsed while speaking in Los Angeles. She died the next month, widely mourned as a martyr for the women’s suffrage cause. 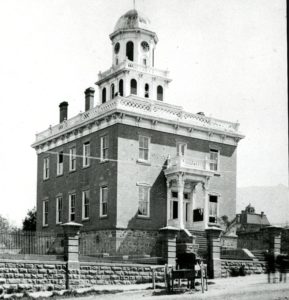 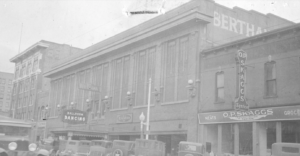 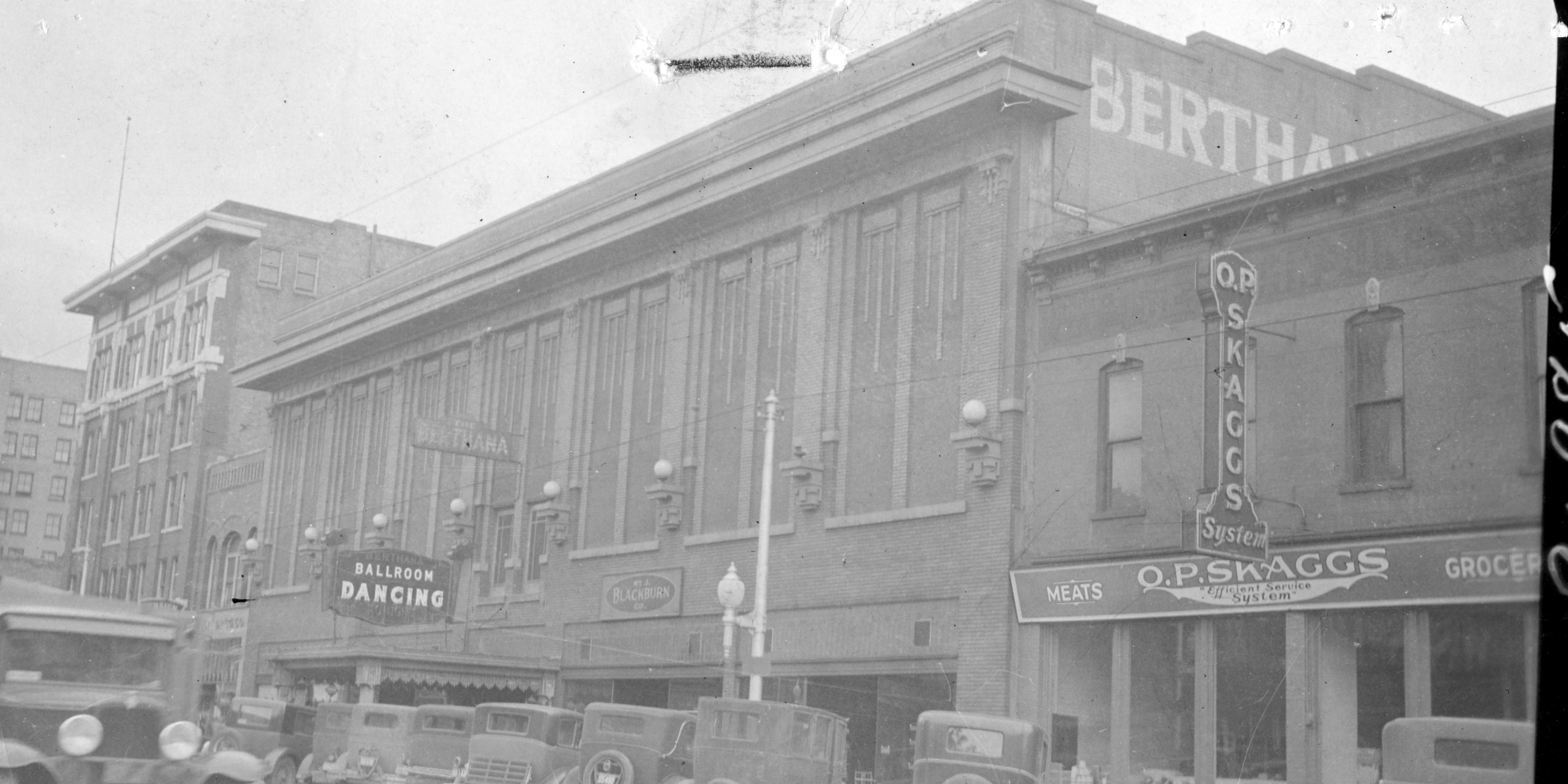