In this lesson, students will examine, compare and synthesize information from primary sources to determine when, how and why the sego lily became Utah’s state flower. 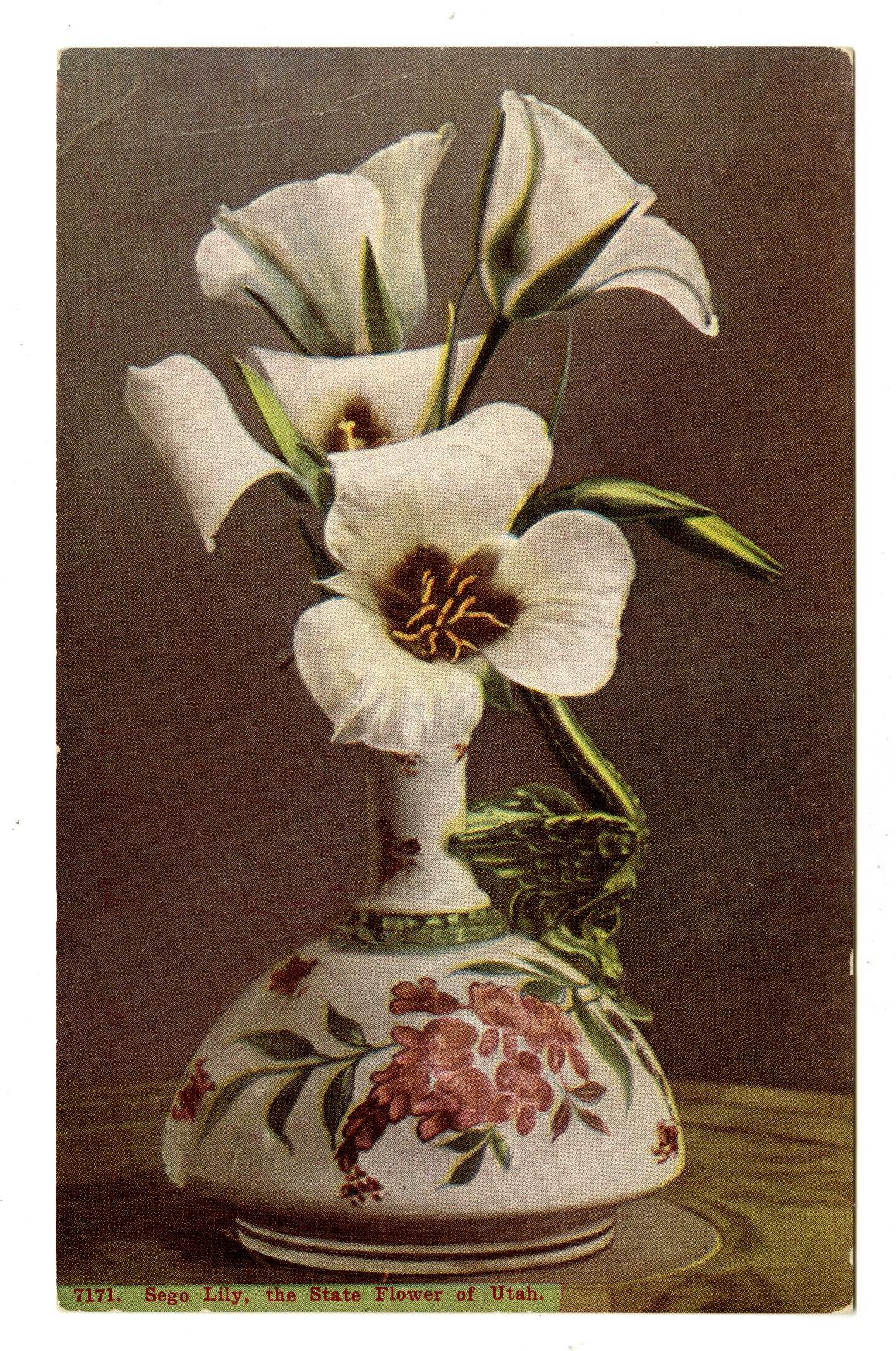 All 50 states in the US have an official floral emblem; a flower that is native to the area or abundantly found, a flower that holds historical significance, or symbolic meaning. In the early 1890’s women across the country were preparing for the Columbian World’s Fair that was going to be held in Chicago to commemorate the 400th anniversary of the voyage of Christopher Columbus. It was the first world’s fair where women would have specific leadership roles and representation, and thousands of American women answered the call to prepare and present items for the women’s building as well as for their own individual state/territory buildings. As part of this preparation, and with the purpose of distinguishing their areas as distinct and unique, women from many states and territories garnered support for choosing flowers to represent their specific localities. Utah was no exception. Utah women waged a territory-wide campaign to decide what the floral emblem would be.

When the Utah Board of Lady Managers met in September 1892 for their regular meeting, they discussed the topic of choosing a territorial flower. The sego lily was the front runner, most likely because of the near-mythical story of how the bulbs of the sego lily plant had sustained starving European settlers during their first winter in what later became known as Utah nearly 50 years previously. But other flowers were put forward as candidates to represent Utah at the fair: wild rose, marguerite, indian paintbrush, and evening primrose. The Board decided that the women of Utah should vote on what flower to choose, and that voting would take place at the upcoming Territory Fair in Salt Lake City. Votes were cast and tallied, and the sego lily was chosen overwhelmingly. The image of the sego lily became a part of many of the Utah exhibits the women put together for the fair. Patterns of sego lilies were embroidered into homemade silk portieres (curtains) on display in the women’s building and paintings of sego lilies were included in a book that Emmeline Wells published for the fair.

The prominence of the sego lily did not end when the World’s Fair came to a close, the efforts of the Utah Board of Lady Managers to select a flower created a cultural awareness of and affinity to the sego lily. For example, advertisements for sego lily stick pins appeared in local newspapers when Utah became a state in 1896, and a bouquet of sego lilies was part of the ceremonial items used when the battleship Utah was christened by Miss Mary Alice Spry in 1909. By 1911, when Utah state senator William Williams sponsored the bill to make the sego lily the official state flower, it appears to have more of a formality than anything. Many Utah school children had already been taught about the state flower in their classrooms, and for nearly 15 years it had already held the place of the state flower of Utah even though it had never officially been canonized into state law. The fact that there was no opposition to the bill in either the house or senate speaks to how non controversial it was, how ubiquitous the sego lily had already become in being identified as the state flower of Utah. 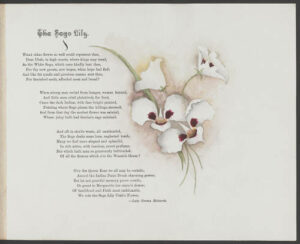 "Songs & Flowers of the Wasatch" courtesy of BYU Library 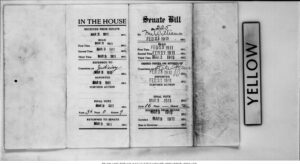 Have students complete a quick write using the following prompt:

Citing 2 or more primary sources, explain when, why, and how the sego lily became the state flower of Utah.

Use student responses from their graphic organizers as well their synthesis paragraphs to assess their understanding and learning.

Utah Studies (Introduction):  Student is able to craft an argument, apply reasoning, make comparisons, and interpret and synthesize evidence about a historical topic.

Students may also give verbal responses, rather than written, to the assessments questions.

This entire lesson can be completed by individual students.  Each student will need their own copies of each of the primary sources and the compilation graphic organizer.

Students can read excerpts from “The Sego Lily, Utah’s State Flower” in the Utah Historical Quarterly 1995, Vol LXIII, no. 1.  In the article, historian Brian Cannon discusses how he found that eating thistle bulbs was more prevalent among European settlers in Utah during the winter of 1847-48, than eating sego lily bulbs.   The article also discusses how the sego lily  erroneously became a symbol of peace during World War I.  These discussions involve confronting the racist ideology of 19th and early 20th century european settlers concerning Native peoples in the area we now know as Utah.

Have students formulate a position statement as to whether or not a new state flower should be designated for Utah.  Have them include specific reasons for supporting their position.  Engage the class in a debate concerning the merits of keeping or replacing the sego lily as the state flower of Utah.