Honoring the Early Struggle for Women’s Suffrage in Utah: Planning a Memorial

This lesson provides students with information about the main events and key players involved in Utah women’s suffrage over the course of several key periods: 1) enfranchisement (1870), 2) disfranchisement (1871-1887), 3) re-enfranchisement with statehood (1888-1896), and 4) the ratification of the 19th Amendment to the U.S. Constitution (1920). Students will read an informational text to learn about the early struggle for Utah women’s voting rights. They will then develop a plan for a memorial honoring women’s suffrage in Utah. 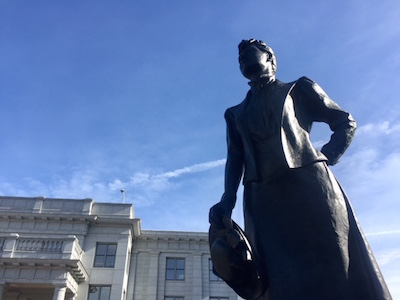 Utah was at the forefront of the women’s suffrage movement. Though Wyoming Territory was first to extend voting rights to women citizens (in December 1869), Utah Territory passed a similar law several weeks later, in 1870. Since Utah held its next elections before Wyoming did, Utah women became the first in the U.S. to cast votes under an equal suffrage law.

In the nineteenth century, many leaders and members of the Utah-based Church of Jesus Christ of Latter-day Saints practiced polygamy, a form of marriage in which a husband could have more than one living wife. Mormons called it “plural marriage” and considered it a religious belief. People against polygamy considered it morally wrong and oppressive to women.

Though there were no federal laws against polygamy when the Latter-day Saints began practicing this marital system in the 1840s, polygamy was strongly opposed by the American mainstream, which valued monogamous marriage. Polygamy was so unpopular that in the mid-1850s, the newly emerged Republican Party adopted a platform of ending the “twin relics of barbarism”–slavery and polygamy.

Congress passed the Edmunds-Tucker Act, which took away the voting rights of all Utah women, regardless of their marital or religious status.

Anti-polygamists hoped that Utah women, if granted suffrage, would vote for candidates who wanted to end polygamy. When Mormon women instead voted to support polygamy, anti-polygamists lobbied Congress to pass anti-polygamy laws. In 1887, Congress passed the Edmunds-Tucker Act, which took away the voting rights of all Utah women, regardless of their marital or religious status.

After exercising the privilege of voting for seventeen years, many Utah women felt outraged when Congress took those rights away. They worked hard to win them back, working with national suffrage leaders and organizing suffrage associations throughout Utah.

In 1890, the LDS Church announced the end of plural marriage. With this official change in church policy, Congress invited Utah Territory to apply for statehood again. (Utah had applied to enter the Union as a state several times before over the previous four decades, but Congress denied each application, partly because of the widespread practice of polygamy in the territory.)

Utah women were given back the vote, or re-enfranchised, in 1896, after Congress accepted Utah’s constitution.

During Utah’s 1895 Constitutional Convention, delegates debated whether to include women’s suffrage in the constitution that Utah would propose to Congress. Suffragists from throughout the territory lobbied delegates to include women’s rights in the constitution. Despite minor opposition, the delegates voted to include a clause that guaranteed a woman’s right to vote and hold public office. Utahns then voted overwhelmingly to approve the proposed constitution. Utah women were given back the vote, or re-enfranchised, in 1896, after Congress accepted Utah’s constitution and application for statehood and President Grover Cleveland approved.

"An Act Conferring Upon Women the Elective Franchise," February 12, 1870. A Memorial (Petition) from Utah County Suffragists Demanding a Suffrage Clause in Utah's Constitution, March 15, 1895. Supplement to the Anti-Polygamy Standard, 1881. 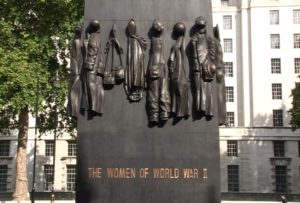 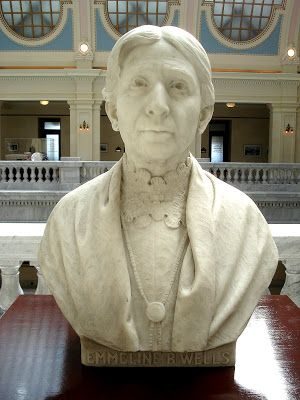