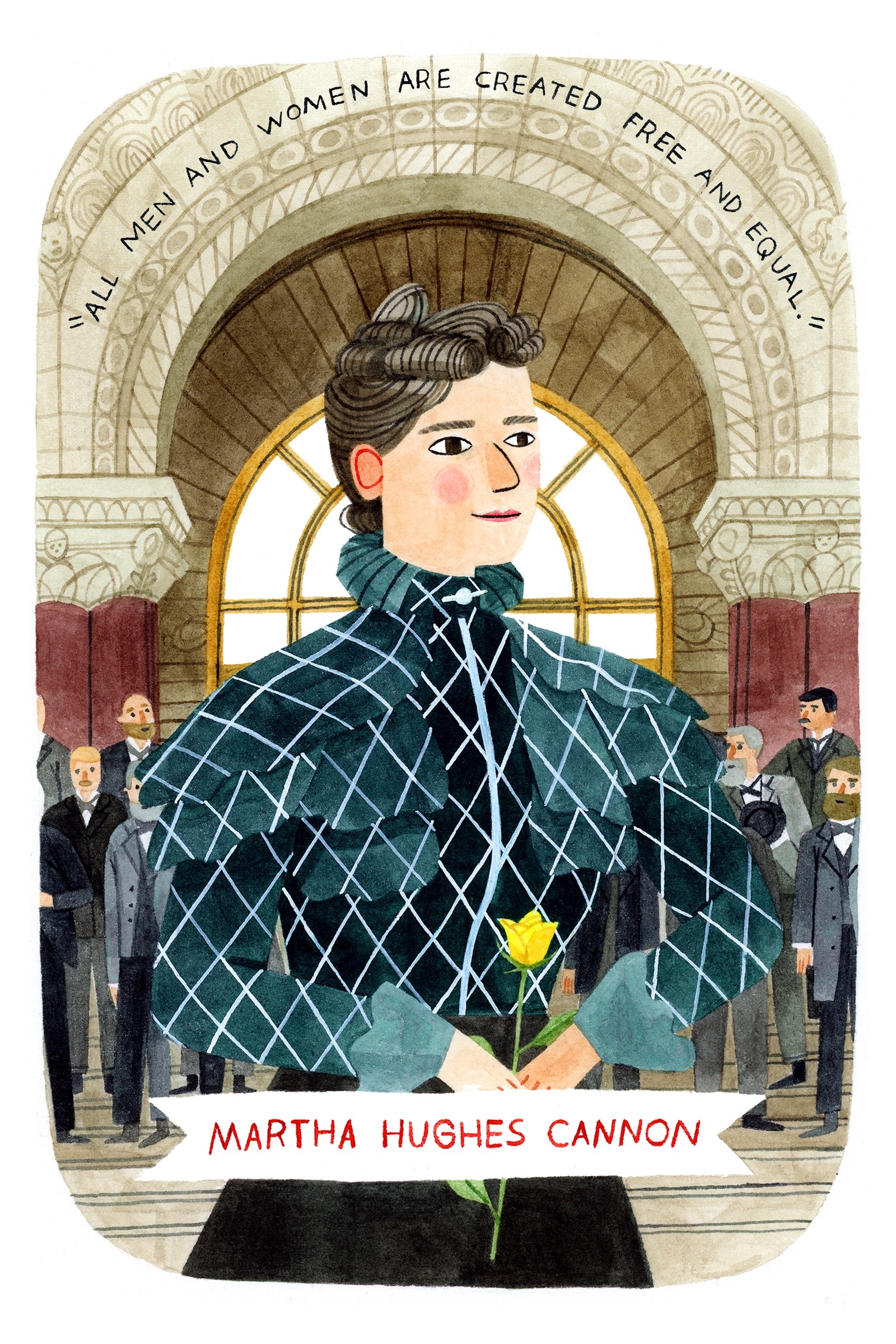 Statuary – noun, a group or collection of statues

Congress – noun, a national legislative body, especially that of the US

House of Representatives – noun, the lower house of the United States Congress, with the Senate being the upper house

Illustrious – adjective, well known, respected, or admired for past achievements

Commemoration – noun, a ceremony or celebration in which a person or event is remembered

Amendment – noun, an alteration of or addition to a motion, bill, constitution, etc.

Equal – adjective, if two things are equal, or one thing is equal to another, they are the same in size, number, standard, or value

Note: When sharing link for  PPT with students in Google Drive, each student will need their own copy of the slide. This can be accomplished by changing the last part of the url you share with students from “edit” to “copy”. This instructional video from Melissa Nikohl on You Tube (begin watching at the 4:45 minute mark) may be helpful with this process.

Explain the following scenario for the class: As a teacher you have decided to set aside a section of the white board/bulletin board/smart board as an “Honor Board”. Those selected for the “Honor Board” will have a portrait drawn on them and placed on display.  Select 4 students who are either all girls or all boys and place their names on the board.  Explain the criteria used to select the group: must be a member of the class and must be deserving of the honor based on their contributions to the class.

Tie this discussion into the following:

We have a collection of statues representing notable people in U.S. history in our national capitol building in Washington, D.C. This lesson will help you understand what this collection is, how it was created, and who is represented in this collection.

Have students read “National Statuary Hall Collection” informational text, either as a PDF or PPT.

Have students read either the primary source or its transcription: “House Joint Resolution 66, 2 July 1864”

Have students answer the questions on the National Statuary Hall quick write worksheet.

Note: This is a natural stopping point for part 1 of this lesson.

Remind students of the previous conversation about the group of students who have been selected for the “Honor Board”. Discuss the following questions with the students:

Is this system of honoring students a fair way to represent the class as a whole?  Have students explain why and why not. What might observers conclude about our class just from looking at those listed on the “Honor Board”? If the students don’t notice on their own, point out that by having all boys or all girls, it leaves out a significant number of students based on something they have no control over.

Tie this discussion in to the following:

The National Statuary Collection houses 100 statues of notable people in U.S. History, two from each state. In today’s lesson, students will examine data about how many statues are in each area of the Capitol, what the ratio is of male to female statues, and create a bar graph to show their results.

Divide students into groups of three for this learning exercise. Assign each student in the group a separate section of the “National Statuary Hall By the Numbers” worksheet to complete.

Using information found at the National Statuary Hall webpage, which is accessible via a link on each digital worksheet, have each student fill out their assigned section of the digital worksheet:

Once they are finished, have them complete their portion of the digital bar graph to visually represent their answers. Model how to complete digital worksheets. Afterwards, have each student share their findings within the groups of three. Have students then find the total number of female statues in the collection.

Note: This activity can be modified to have groups of students fill out each section of the worksheet and then share their findings with the entire class.

As a class discuss:

Revisit the 2 slides of the PPT about the National Statuary Hall Collection. Remind students that Utah is going to be replacing one of their statues with a new statue of Martha Hughes Cannon.

Use the following resources to share with students important details about the life of Martha Hughes Cannon:

Children's Books and other Literature About U.S. Capitol