Examining the Struggle for Suffrage & Utah Statehood through Political Cartoons 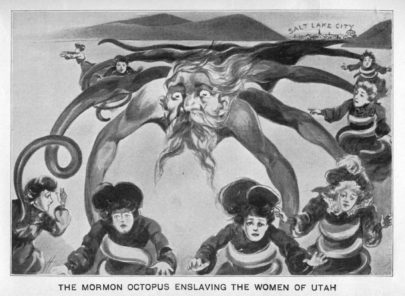 In political cartoons about the national suffrage movement, women were often depicted either as  oppressed victims who needed the vote in order to get the protection they needed, or as morally superior guardians of purity and the home, able to sweep corruption out of government and thus protect the country. Anti-suffragists also portrayed suffragists as unattractive, manly, abandoning their families, and not equipped in personality and intelligence to make reasoned decisions in government. Many political cartoonists employed a gender role reversal, depicting husbands of suffragists as doing housework and caring for children, while their wives wore pants, smoked cigars, and went off on their own.

The suffragists’ challenge was to debunk stereotypes and create new, positive, and convincing ideas about women who wanted voting rights.

Suffragists often used allegorical representations (think Greek goddesses) in an effort to elevate the conversation and views about suffragists. Pro-suffrage cartoonists employed the image of the working woman, one who worked out of necessity, and emphasized that women’s voices were needed to elevate politics. The New Woman image, representing what was considered the best about womanhood, was used to illustrate that voting rights would transform women into better mothers and wives, thereby better able to contribute to society.

After the Civil War and the Emancipation Proclamation, the 15th Amendment to the U.S. Constitution expanded the franchise to include black men. After the abolishment of slavery, many Americans then turned their attention to polygamy, which they saw as a form of mental or physical enslavement of women. Though suffragists continued to campaign for universal enfranchisement, Utah presented a dilemma. Since Mormon women were enslaved by their husbands, some reasoned, the women’s vote would only multiply their husbands’ votes in favor of the system of polygamy. These perceptions were portrayed in political cartoons from the 1860s through the 1880s.

When Utah became a state in 1896…Utah women were portrayed as dignified, feminine leaders of a great cause.

In the 1890s, after Mormon women aligned themselves with the growing cause of the national suffrage movement and after the Church of Jesus Christ of Latter-day Saints officially announced it would end the practice of polygamy, political cartoonists gradually portrayed Utah women more positively. When Utah became a state in 1896, it joined the small but growing list of states that allowed women’s suffrage. As universal suffrage gained increasing support across the nation, Utah women were portrayed as dignified, feminine leaders of a great cause.

The United States system of government, as a representative democracy, relies on citizens to vote and elect representatives to act on their behalf. Founding father James Madison said, “The definition of the right of suffrage is very justly regarded as a fundamental article of republican government.” The U.S. Constitution does not explicitly guarantee a right to vote, but in the absence of a specific enumerated federal law, the Constitution gives each state control over its voting qualifications and election systems. This principle of federalism explains why some states were able to adopt women’s suffrage sooner than others. It also explains why certain constitutional amendments have been necessary to expand voting rights and protections at a national level. While states still maintain control over voting requirements, constitutional amendments have been ratified over time to prohibit discriminating against voters based on factors such as race (15th Amendment); sex (19th Amendment); failure to pay a poll tax (24th Amendment); and age, for those 18 years or older (26th Amendment). These national amendments have extended voting rights to large groups of citizens who were historically denied suffrage.

(noun) Drawing a comparison between two unlike things to make a point. Cartoonists often compare a complex situation to a familiar situation. 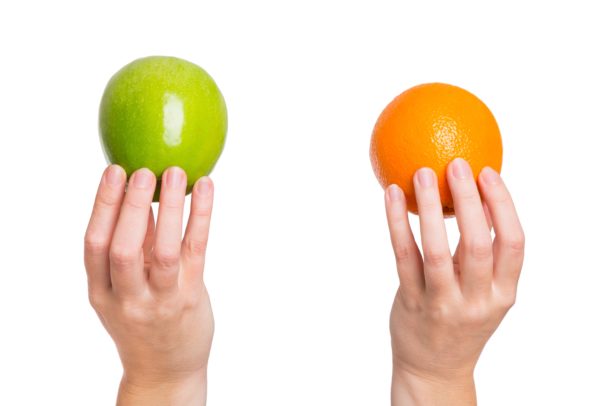 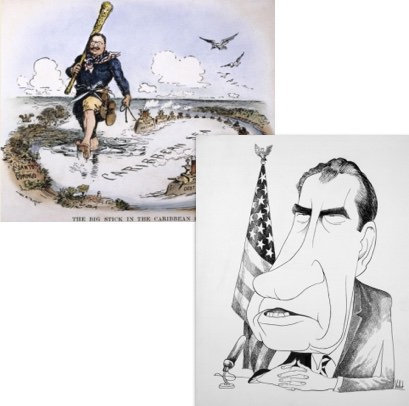 (noun) An object that stands for itself and a larger concept or idea. 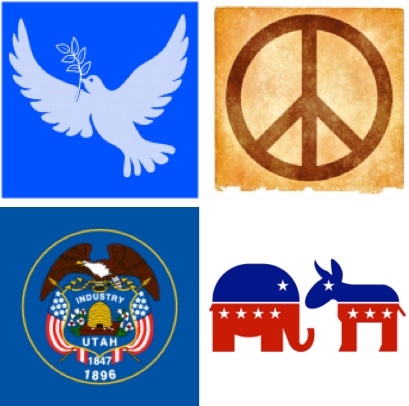 (verb) Identifying who someone is or what an object/place is for the reader through a label or caption.

you can't be late meme

To use as a comparison to the four cartoons below:

Provide each group with one of the following OR select one to be used across all groups: 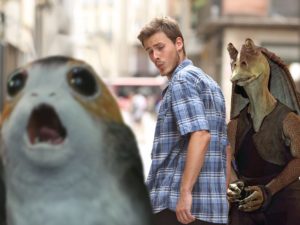 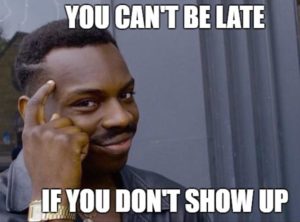 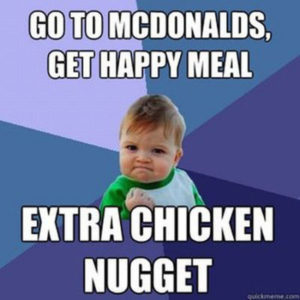 If your students are already familiar with these techniques, you may move to “Building Background Knowledge about the Historical Context” or use this section as a way to review these techniques. 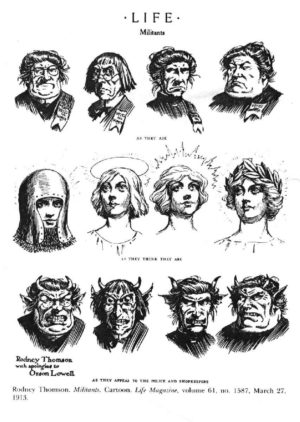 Have students compose an argument in writing in response to one of the following questions:

Students should use evidence from the political cartoons to support their arguments.