Utah Women and the Railroad

2019 marked the 150th anniversary of the Transcontinental Railroad. Completed with a ceremonial golden spike driven at Promontory Summit, Utah on May 10, 1869, the railroad brought technological, economic, and cultural changes to Utah Territory. Despite the fact that women do not appear in photographs of railroad workers and businessmen celebrating the project’s completion, they are part of the story, too. Learn more about how they were involved and how the railroad impacted them through the use of primary documents and short activities. 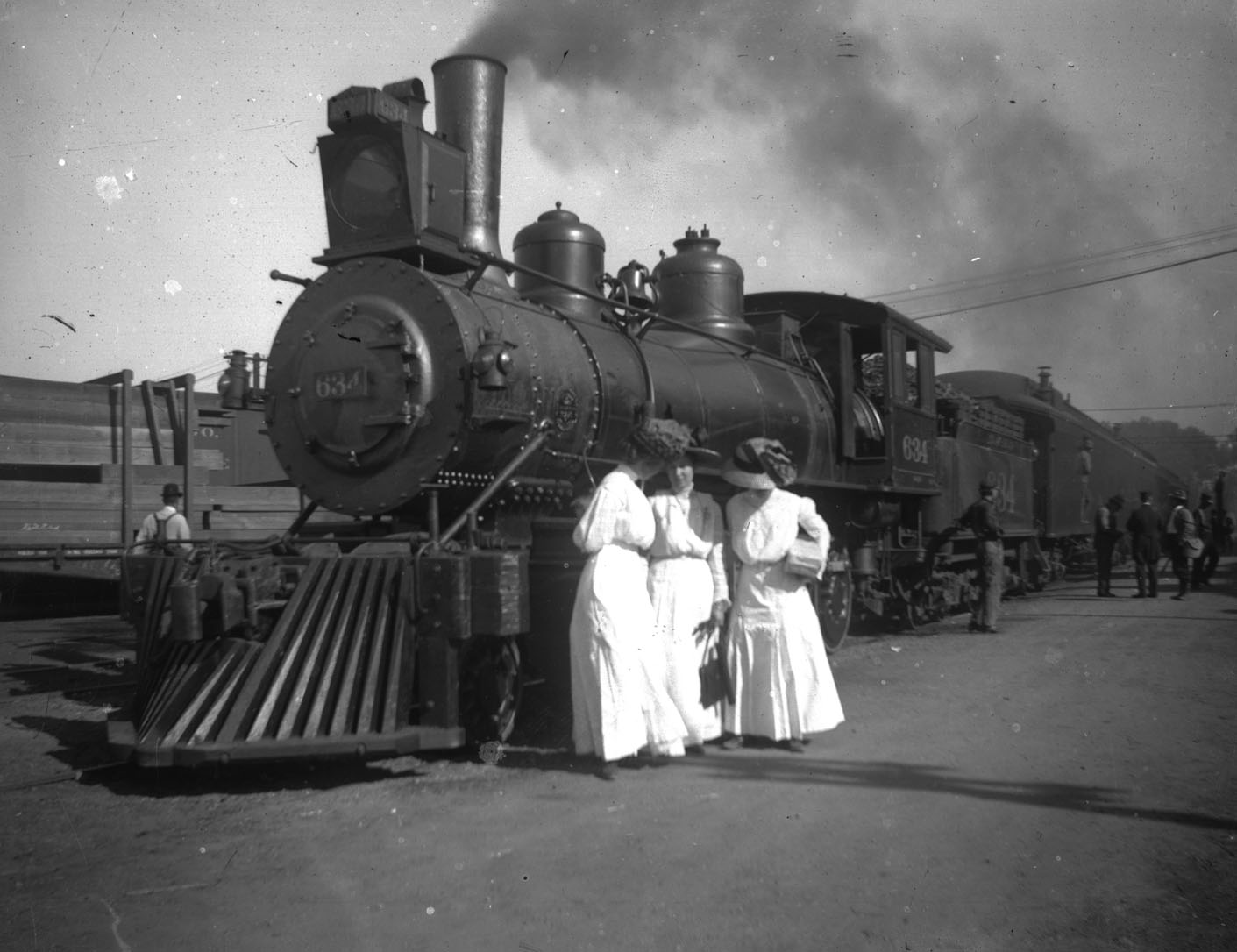 Women across the world and in Utah impacted the railroad in many ways, and the railroad had unique effects on them. These impacts were both positive and negative. Technological change often has uneven consequences, and the railroad contributed to the dispossession of native lands and the U.S. government’s removal of many native women and men to reservations.

Gender conventions and racially restrictive immigration laws at the time prevented many women from working for the railroad, owning shares in railroad companies, or even from accompanying their husbands working to lay track. Still, women made significant and lasting contributions to the way the railroad operated. Women inventors, for example, had improved the bearings on rail cars, reduced emissions from coal-fired engines, and designed the first cattle car. Women also worked in secondary or supporting roles in the industry, as laundry workers, cooks, and saloon workers in railroad camps and towns.

For some women in Utah, the railroad opened up professional opportunities that weren’t possible before. Some women became involved in the railroad industry as telegraph operators. For many, telegraphy provided an additional job option in addition to the traditional women’s jobs of teaching and nursing. The transcontinental telegraph system had been completed in Salt Lake City in 1861. Although working on the “talking wire” was generally considered a man’s job, many women in the West were hired, gaining opportunity and independence (although they were paid much less than men, which is one reason why companies hired them). Unlike many telegraph schools in the East that were gender-segregated, the Deseret Telegraph opened a telegraphy school in 1866 for both men and women. Telegraphy became a multi-generational job for many families in Utah, and the job’s flexibility allowed many women to bring their children into office, providing a way to combine work and child rearing.

Two leading Utah women got their start in telegraphy: suffragist Elizabeth McCune worked as a telegraph operator in Mona and St. George as a teenager, and later helped to fund other Utah suffragists’ travel with money her husband made from his Utah and Pacific Railroad. And Katherine Fenton Nutter initially came west to manage a telegraph office in Colorado Springs. She ended up homesteading in Utah and eventually ran a vast cattle operation on her ranch. The ranch also served as a telegraph relay station between Fort Duchesne and Price from 1886 to 1907.

Because the railroad made travel easier and faster, several Utah women including Ellis Reynolds Shipp, Romania Pratt, and Martha Hughes Cannon were able travel East in the 1870s to earn medical degrees. They brought their skills in surgery, pharmacology, and obstetrics back to Utah and organized the woman-run Deseret Hospital, where they trained hundreds of nurses and midwives who in turn used their knowledge to save lives across the territory.

One of the biggest ways the railroad reframed and shifted possibilities for women was through the spread of ideas. The railroad and other technological changes helped to shift and redefine the concepts of men’s and women’s spheres in the late nineteenth century through clothing, transportation (like the bicycle), and more. Women in mid-nineteenth century Utah read widely and they were well aware of issues and debates taking place across the country. Once the railroad connected the country, they could get access to eastern newspapers, pamphlets, and novels much more quickly, and they could spread their own words and ideas as well.

In 1869, Sarah M. Kimball was President of the 15th Ward Relief Society, which had built the first woman-owned building in Salt Lake City to house a cooperative store and meeting space. She sent away for a copy of a newspaper called The Revolution, which was published in New York City by Susan B. Anthony and Elizabeth Cady Stanton. At a suffrage convention years later, Kimball recalled: “I would not have dared to say the bold, grand things that Miss Anthony said, it would have made me so unpopular and I hardly dared to shoulder it; but the seed was planted within my soul and I have been laboring for the same cause.” It was in Sarah Kimball’s Relief Society building that Utah women first organized to gain the right to vote, in January 1870. After Utah Territory extended suffrage to women citizens the next month, Kimball organized classes to teach women about civic government and the U.S. Constitution.

Kimball and other Utah women like Emmeline B. Wells worked with Susan B. Anthony and other national suffrage leaders who traveled to Utah by train in 1871. When Utah women’s voting rights were taken away by Congress in 1887, these national leaders worked with Utah suffragists to secure them once again in Utah’s 1896 state constitution. Utah suffragists continued to travel East by train to attend national suffrage conventions and work toward a constitutional amendment for women’s suffrage.

Any new technological advancement brings social change. Just like the bicycle, electricity, and the automobile, people worried that rail travel would negatively affect women’s bodies and disrupt their ways of life. In some cases, they were right, but those changes also opened up new social and civic opportunities for women.

Many of these activities refer to items in the provided PowerPoint.